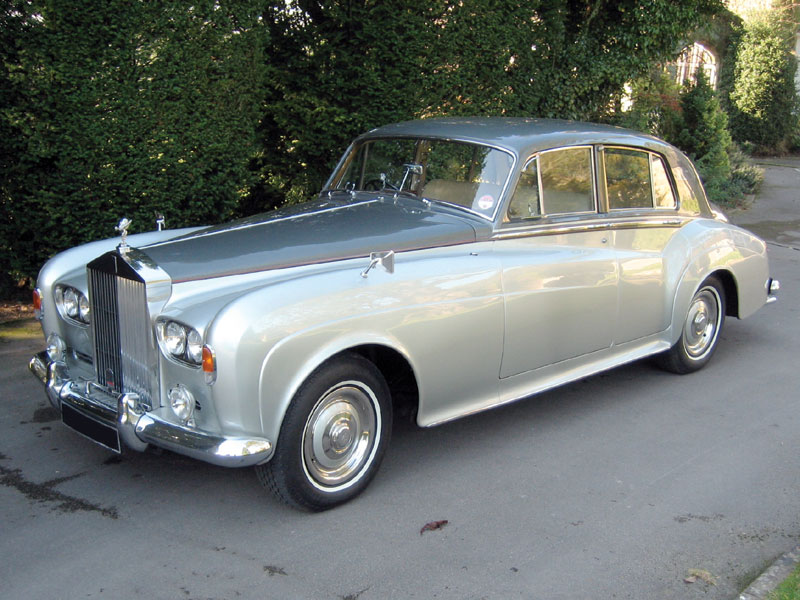 Final evolution of the Rolls-Royce Cloud Series, the Cloud III was launched in late 1962. Sporting a silhouette made famous by its predecessors, it was distinguished by quad headlamps and a lower bonnet line. Mechanically, the independent coil-and-wishbone front suspension and hypoid bevel rear axle were retained along with all-round drum brakes, power-assisted steering and four-speed automatic transmission. Though, to capitalise on the new model's smaller frontal area, the 6230cc V8 engine gained more power via a carburettor modification and higher compression ratio. Reputedly capable of 116mph and 0-60mph in 10.8 seconds, just 2,227 Cloud III Standard Steel Saloons were made.

This particular example - chassis number SGT57 - boasts an intriguing ownership history. Said to have previously belonged to international arms dealer, Mohammed Ali Hashemi, the four-door saloon apparently accompanied him to the USA whilst still on finance. Seized by the FBI, it was repatriated by Edington Credit Limited before being sold to Corvette Main Dealership, Bauer Millett, in 1993 and re-registered as 'BM 150'. Lawrence Millett then adopted the Rolls-Royce for his own personal use during which time it sported the numberplate '3 LM'. The subject of another registration change to 'EBY 85B' when it was sold on in 2000, the Silver Cloud III has been owned by a celebrity wrestler since 2005. Finished in shell over grey with a red coachline and beige hide upholstery, chassis SGT57 possesses an impressive specification including leather headlining, air conditioning, matching carpet set (even in the boot area), lambswool over rugs, factory-fitted seatbelts and electric windows. While more recently a modern alarm, expensive CD stereo, Tracker monitoring system and Lumenition electronic ignition have been added. Regularly serviced, the car is understood to have benefited from a top-end engine overhaul, brake system refurbishment and reconditioned carburettors at a cost of £7,800. Further enhanced via a £4,600 bottom half-respray (complete with photo documentation of the preparation work) and the waxoyling of its underside, December 2009 saw the Silver Cloud III treated to a new distributor cap, rotor arm and set of spark plug leads. Warranted to have covered some 82,600 miles from new, the Rolls-Royce is described by the vendor as currently being in "very good overall" cosmetic and mechanical order. Riding on correct-type steel wheels, this "very luxurious and enduring status symbol" is offered for sale with factory-fitted tool kit, original handbook, copy build / test information sheets, MOT certificate valid until November 2010 and historic class (free) road tax valid until July 2010.
Share: