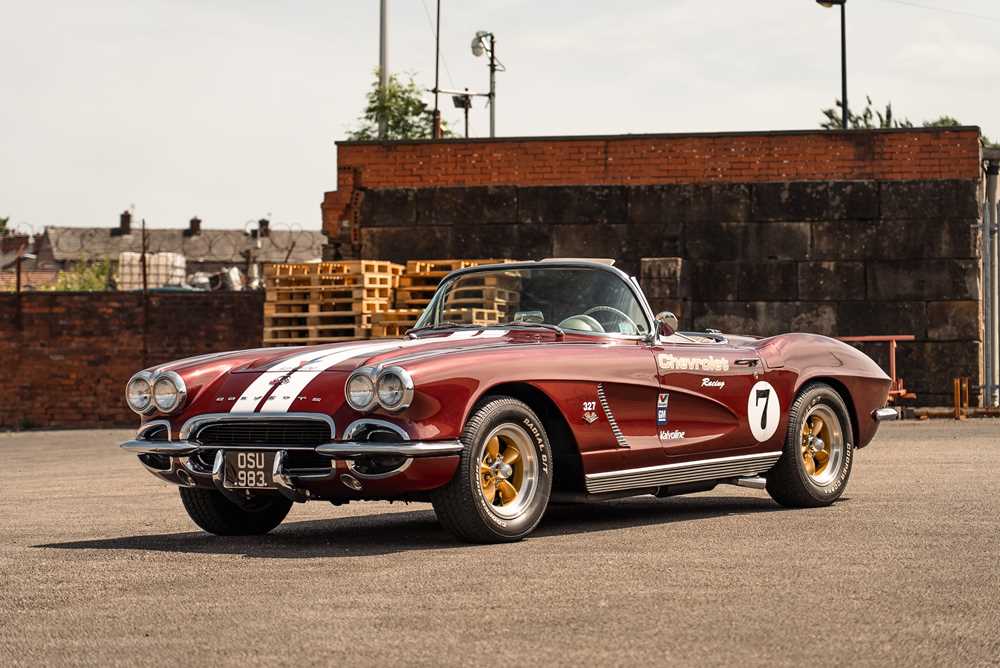 Now in its eighth generation, the 'Vette began life in 1953 with the C1 - a model that captivated a generation of American youngsters. It was the work of the legendary Harley Earl and inspired by the great European road/race offerings of the day. It borrowed its name - of French origin - from centuries of small, fast warships. The newcomer was first seen in concept form at the New York Auto Show, and generated sufficient interest for General Motors to hand-build a batch of 300 Polo White Convertibles. Sales, slow at first, had built to no less than 14,000 per annum by the introduction of the C2 10 years later. The C1 received multiple cosmetic updates along the way, the most significant of which came in 1958 when the nose was lengthened and dual headlights introduced. The model was initially only available with a straight-six powerplant, but soon progressed to V8 power units of varying horsepower with various transmission options.

This Corvette, with a 'four on the floor' (4 speed manual, tunnel mounted) gearbox arrived in the UK in 1989. In the current ownership since 2005, it is finished in Burgundy Red with complementing Gold. Around 2005/2006 c.£12,000 was spent on the 'Vette which included a full check over and repairs where necessary to the body, mechanicals and electrical system. As a nod to the marque's history, the car wears SCCA (Sports Car Club of America) 'club racer style' number roundels and sponsors, along with racing stripes. Accentuating the theme of Gold highlights are attractive five-spoke Gold alloy wheels from the American Racing Equipment line of wheel rims.

Gold and Burgundy continues inside where 'OSU 983' is otherwise pretty much road-going stock for the model; sometimes you can't better such an iconic sportscar design. It consists of usual 'bucket seats', lap belts, tachometer and large, factory 3 spoke steering wheel. The 'bucket seats' and door cards are trimmed in a period-style Gold vinyl and with matching dashboard colours and a complementing mockled Tan carpet. Keeping the cabin dry is a Black cloth soft-top. A 4 speed manual stick-shift example, it's also had an 'in-period' accessory Hurst shifter fitted. Described by the vendor as in 'good order', it is offered with invoices for the aforementioned work, a collection of old MOTs dating back to the 1990s and a reproduction service manual plus V5c document. A collection of trophies comes with the vehicle, acquired from visiting classic car events and it currently displays a credible 56,500 miles.