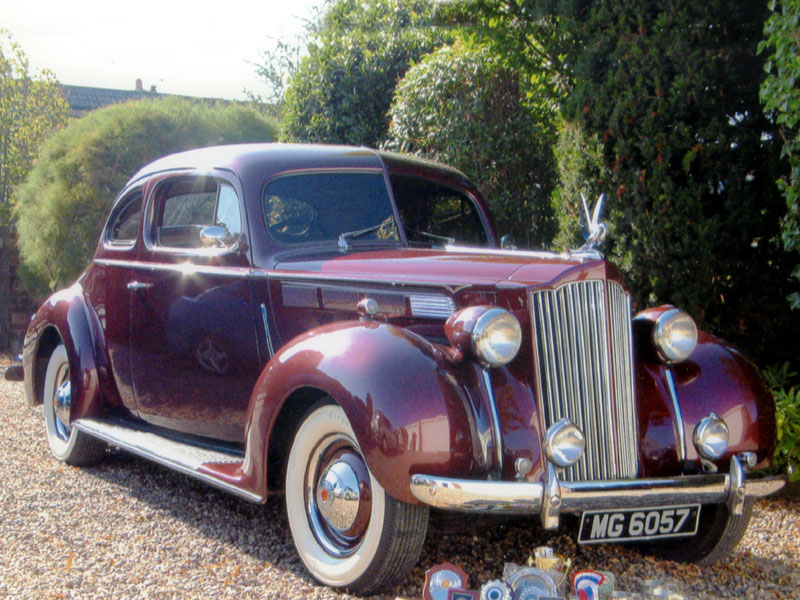 Dating back to 1899, Packard was one of the earliest American motor manufacturers and was reputedly founded by James Ward Packard because he was convinced he could build a better car than the Winton he had just bought. Though his company was taken over just three years later, it nevertheless survived until 1958 and was arguably the USA's premier luxury producer in the '30s. The introduction of a new six-cylinder engine boosted 1937 production to an all-time high of 109,516.

'MG 6057' is from that period - a 1938 Packard Six Opera Coupe. A rare, right-hand drive UK market specimen, it was supplied new by Leonard Williams & Co Ltd of Berkley Street, London W1 and is powered by the aforementioned 4.35-litre straight-six engine, driving through a three-speed manual gearbox via floor change. This delightful item of Americana has been in the vendor's care for the last 16 years, during which time it has been carefully maintained. Work over the years has included a full re-trim and renewed paintwork - activities which we are told have been carried out to the highest standard. The Packard's history file includes the original buff log book and MOTs dating back to 1975. The records evidently suggest a mileage of around 12,000 since 1991 and odometer currently displays a total of 23,964. In terms of marks out of 10, the vendor currently awards 10 for the car's bodywork, trim, engine and transmission and 9 for the paintwork, and it has apparently won many show cups in recent times. It was also road tested for this year's March 16 issue of Classic Car Weekly. Finished in an eye-catching Metallic Wine and trimmed in Red Draylon, the imposing Packard is now offered for sale complete with its original registration number and a fresh MOT.

PLEASE NOTE: The interior on this vehicle is Bedford Cloth and not Draylon as previously stated.
Share this page: