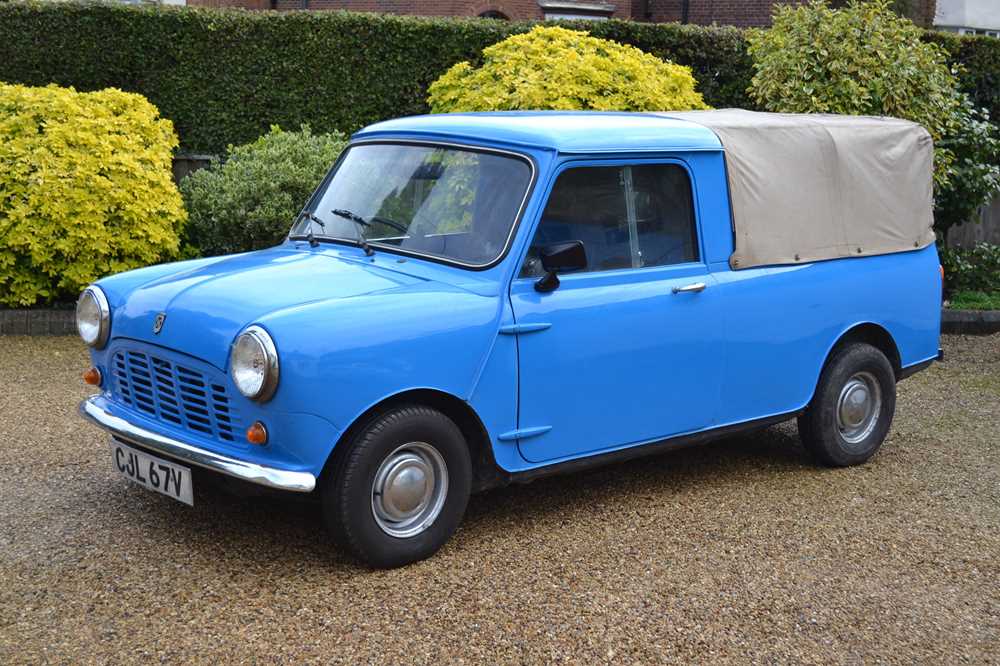 Though now a rarity on our roads, a total of 58,179 Mini Pick-ups were manufactured between 1961 and 1982. The Pickup was basic, although the factory brochure described a "fully equipped Mini Pick-up is also available which includes a recirculatory heater." Passenger-side sun visor, seat belts, laminated windscreen, tilt tubes and cover were also available at extra cost. In common with the related Van, the model was re-christened the Mini 95 in 1978 - the number refers to the gross weight of 0.95 tons.

This late Leyland 95 variant was supplied new on the 13th of October 1979 to an R. J. Stevenson of Sutton Bridge, who kept the Pickup until 2013 when the vendor purchased it. A scarce example therefore having only one former keeper, and a 62,400 recorded highly credible miles. Finished originally in Pageant Blue with Black original interior, the Mini still retains its original Cream hood. Powered by the 998cc engine and four-speed manual gearbox, the Pickup still also retains drum brakes. Having the original interior, jack, handbook, and wallet, the Mini is a rare original unrestored survivor. ‘CJL 67V’ has been fitted with new slave and master cylinders in 2020 and had both the A-pillars and the passenger floor replaced in current custodianship. Offered with a full V5C, a large collection of past MOTs and some previous invoices, the Mini is a infrequent chance to obtain a unrestored and highly original example of the Mini commercials.