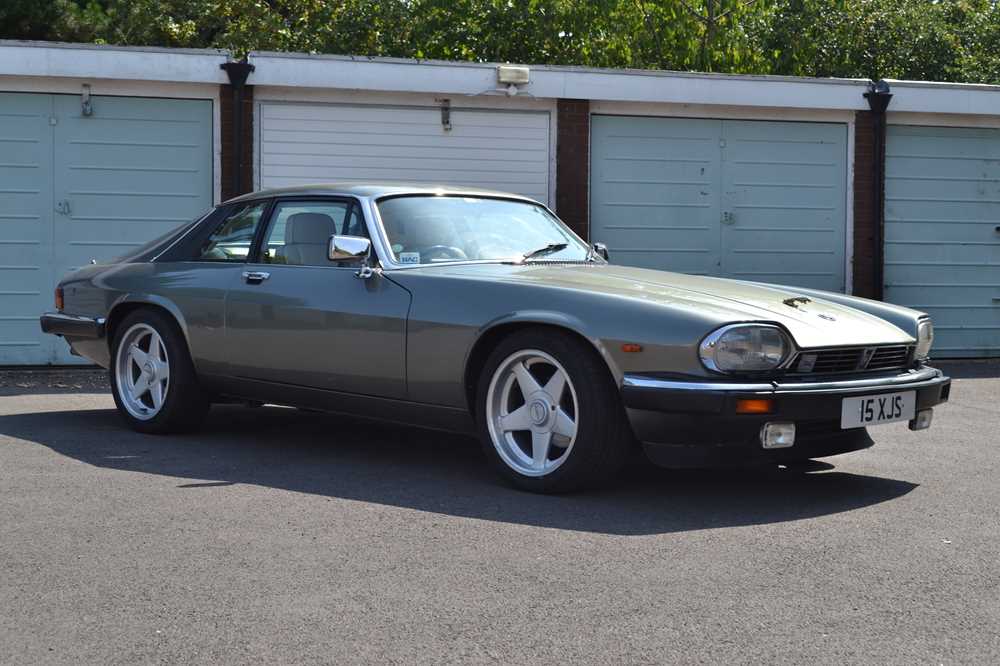 A more relaxed and refined proposition than its E-Type predecessor, the XJ-S was a highly capable Grand Tourer. Introduced in July 1981, the so-called Series II variant was powered by a ‘High Efficiency’ (H.E.) version of Jaguar’s iconic 5.3 litre V12 engine which imbued it with better fuel economy, more power (299bhp/318lbft) and a higher top speed (152mph). While cosmetic changes encompassed the burred elm wood veneers.

This XJ-S HE was acquired by its current registered keeper in 2008 with 6 former keepers in total. It was treated to approximately £5,000 worth of work by marque specialist Surrey Jaguar on the bodywork in 2019, and there is a large number of other invoices for work conducted by Surrey Jaguar during the owners custodianship. The 2+2-seater is supplied with its original handbook, as well as a collection of past MOTs. Finished in Green with complimentary Cream leather interior, and is on Azev alloys.

We are informed by the vendor that the vehicle was broken into in 2013 sustaining minimal damage, however the binnacle was damaged. This has since been replaced by Surrey Jaguar, however the replaced speedo read c.16,000 miles more than the XJ-S had actually covered and hence the showing mileage of 91,000 is incorrect and should read 75,000. Paperwork from Surrey Jaguar is supplied to verify this mileage difference, and previous binnacle is provided with the car.