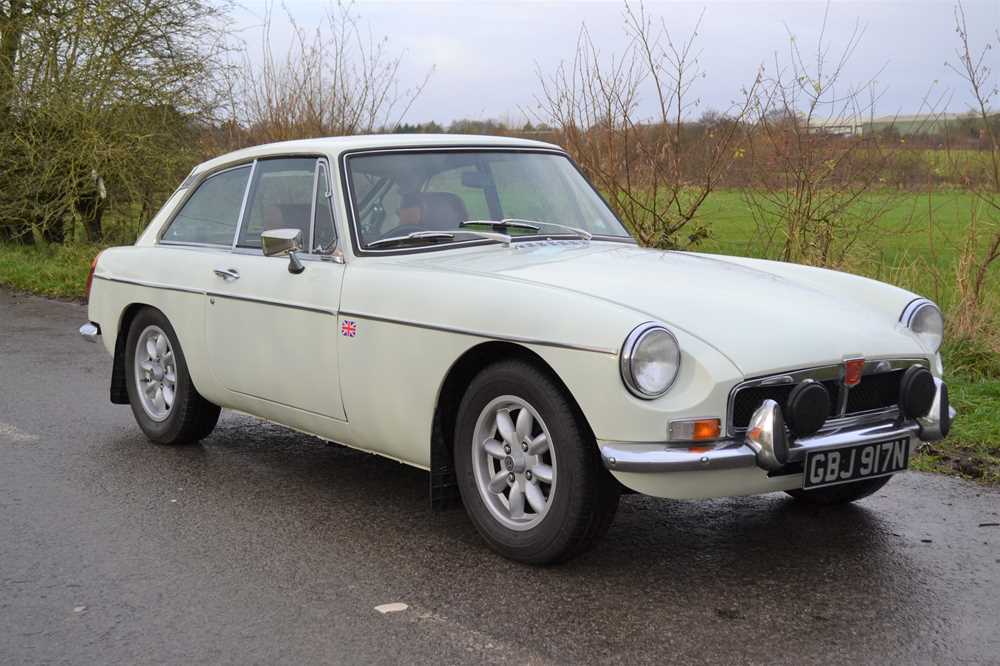 This right-hand drive MG B GT was manufactured in 1974 and was first UK registered in October that year. Finished in Old English White, the MG retains its original Brown cloth interior upholstery and is fitted with the 1798cc straight-four engine mated to a manual gearbox with overdrive. Previously restored, the MGB is still rated as ‘Very Good’ throughout by the vendor, the MG has been subject to many new parts in the 2018-19 period including a large quantity of chrome-work, trim pieces, exhaust fittings, a new battery, and much more. Fitted with rostyle wheels, spotlights, and walnut steering wheel, the MG is furthermore accompanied by a history file including a collection of past invoices, a small quantity of past MOTs and tax discs, and V5C.