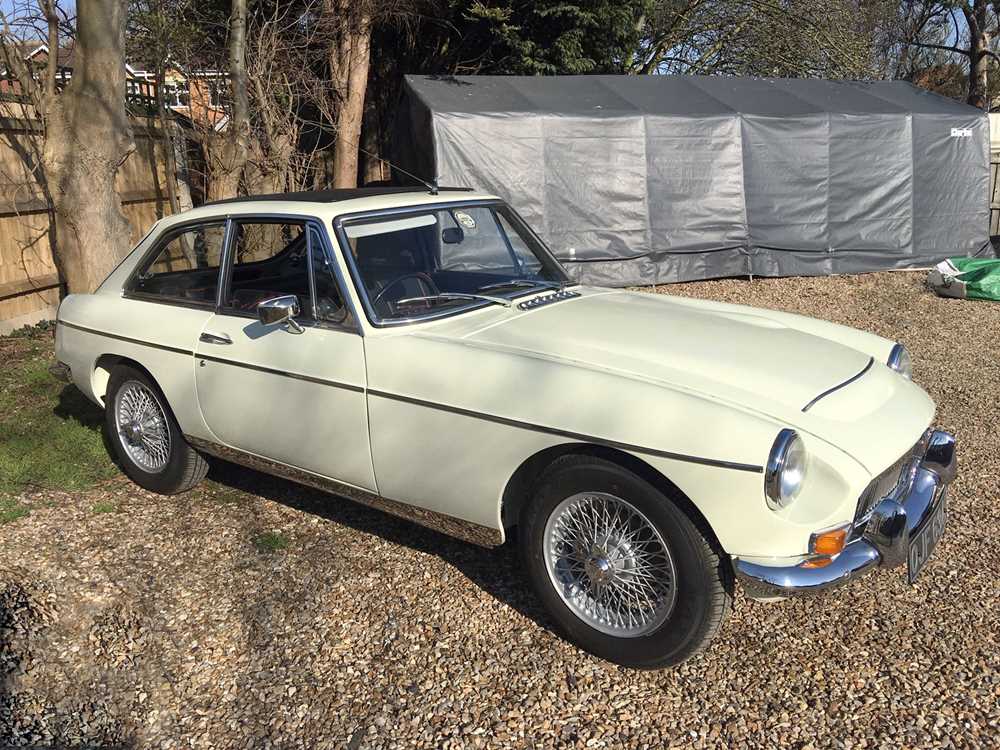 Intended to replace the Austin-Healey 3000, the MGC was introduced in the autumn of 1967. While early reports criticised its 'nose heavy' handling, later ones were much kinder and, with 145bhp on tap, the model could complete the 0-60mph dash in 10 seconds and achieve 120mph flat out. Nevertheless it was axed in 1969, somewhat prematurely when considering the success University Motors subsequently enjoyed with the model, after just 4,544 Roadsters and 4,458 GTs had been made.

Having had just three registered keepers from new (the previous keeper keeping the car from 1980 to 2019) OJF 634F has been the subject of a comprehensive restoration which was completed in 2019. The 2912cc engine, front / rear suspension and brakes all being thoroughly overhauled. A new petrol tank and stainless steel exhaust were fitted and a full interior re-trim completed. All new brightwork was sourced whilst everything on the car was either replaced with new parts or reconditioned as necessary including the Webasto sunroof. The engine bay was detailed as was the underneath.

Accompanied by a large history file which includes numerous old MOT certificates and tax discs plus photographic evidence of the restoration works together with associated invoices. The MG was taken off the road in 1998 at an indicated 13,834 miles. Its odometer now shows some 15,630 miles so the C GT has covered just less than 2000 miles during the last twenty-two years. Finished in white with black leather, this fine example is well worthy of close inspection.