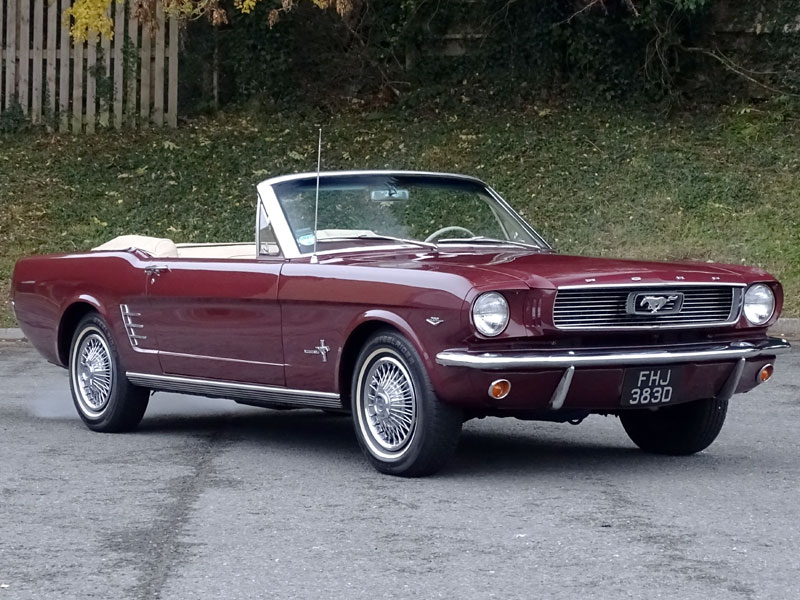 The Mustang is a pillar of American automotive history - Lee Iacocca's dream car that brought sporting dash and styling to the American baby-boom generation, at a very affordable price. Its first public showing was at the New York World's Fair on April 17, 1964, and it went on sale the same day. By the end of that model year an amazing 126,538 had found homes. V8-engined variants outsold straight-six equipped ones by nearly three to one. Though based on the Falcon's running gear the Mustang looked very different, as its cockpit was further back on the chassis resulting in a longer bonnet and shorter rear deck, while both roof and scuttle were lower. For the 1965 model year the 260ci (4.2-litre) V8 was replaced by the 289 one, and a 2+2 fastback joined the other two body styles. A three-speed manual transmission was standard except on the most powerful version, the 'K-code' 271bhp 289, while Cruise-O-Matic three-speed automatic transmission was an option.
Share: