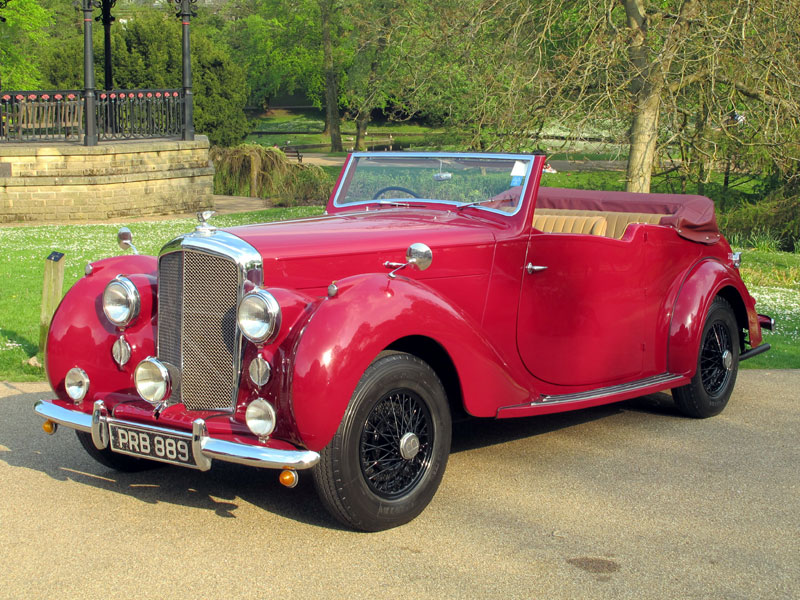 The first post-war Bentley, the MKVI, was also the first of the marque to be offered with factory-built coachwork, and some 4,190 of the 5,202 examples made were so equipped. However, these bodies were prone to corrosion in the British climate, as a result of which over 400 MKVIs are known to have been rebodied over the years, including Chassis B391LH.

Completed in August 1950, it was originally fitted with standard steel body No.3371, finished in Masons Black and delivered new to a V. White, who registered it as 'PRB 889'. By the time it had been acquired by its third keeper, a Mr Phillips, in the late '60s, it was suffering from the combined ills of corrosion and rear end accident damage. So, noted coachbuilder Derek Leyshon James was commissioned to re-body the Bentley as a four-seater Tourer in the style of Park Ward and Vanden Plas designs of the period, complete with a pair of rear-hinged cutaway doors and fully-enveloping lined hood and removable side-screens. The full effect of the motorcar with hood unfurled is enhanced by a chromed mesh grille in place of the normal pressed steel variety, hand-built wire wheels and a quality Tan hide interior designed to blend with the original polished wood dashboard.

Mr Phillips passed away in recent years, following which the Bentley was laid up before passing to his widow and then her eldest son. After a further period of storage it became the property of the son's wife, Mrs Monica Phillips, as part of a divorce settlement. It has subsequently been fully recommissioned and expertly repainted in Rolls-Royce Claret. The brightwork has been rechromed, the wire wheels freshly powder coated and a new Everflex hood and side screens fitted. The woodwork has been polished, the interior trim refreshed and new tyres fitted. This delightful Tourer is now offered complete with factory workshop manual, build sheet and handbook, and an MOT into October.
Share: