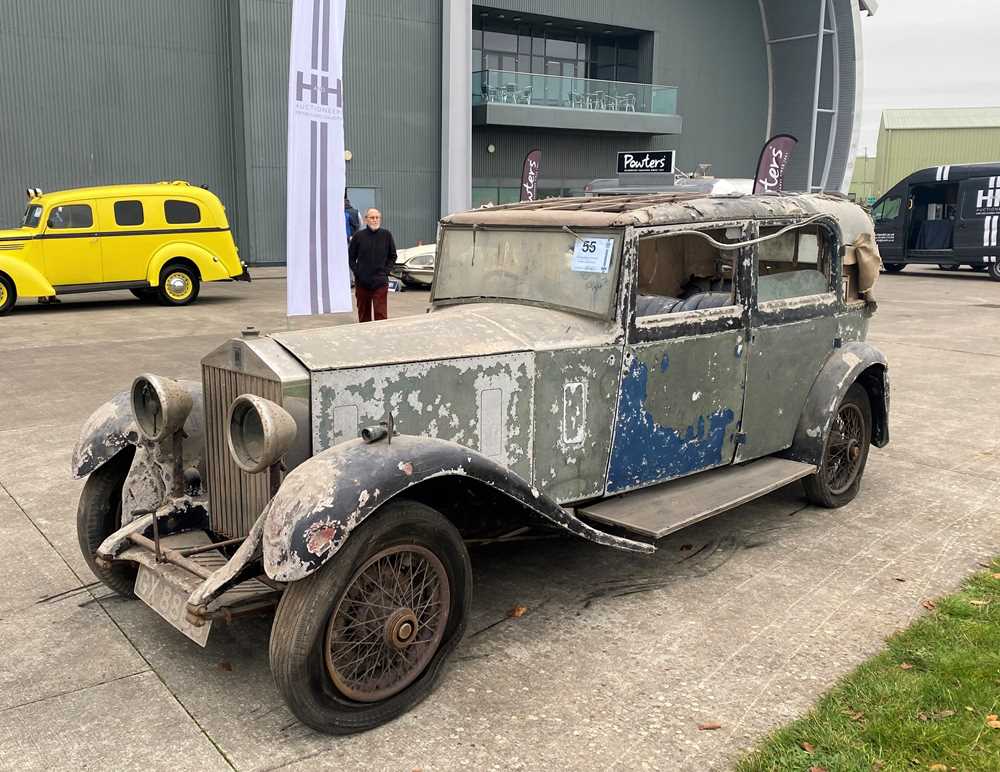 Rolls-Royce introduced the 20/25 in 1929 as a successor to the outgoing 20. Though the newcomer was primarily aimed at owner drivers, many examples were nevertheless sold to customers with chauffeurs. Power came from an enlarged version of the straight-six unit used in the 20hp. Now of 3,699cc, it made for swifter acceleration and a higher top speed of up to 75mph. Bodywork for the 20/25, was to the taste of each individual customer, and Freestone & Webb, Gurney Nutting, Park Ward, Thrupp & Maberly, Mulliner and Hooper were among the many coachbuilders selected to clothe these fine motorcars. Nearly 4,000 20/25 chassis were ultimately produced, making it the company’s best-selling model between the wars.

Supplied new to a Mr E B Harvey and understood to have been fitted with electric clock and spring steering wheel from the factory, this 20/25 carries Park Ward coachwork and was first registered as 'GX 8868'. Said to be “very' original”, GBT 47 has been in the current family ownership since c.1968 and registers c.70,000 miles. Purchased in driveable condition with a cracked cylinder head from a scrapyard near Barking by the vendor’s father, the car has not been driven since he collected it. A true garage find that has been in dry storage for over 50 years it is accompanied by a brown logbook. The vendor advises upon the sale the successful purchaser will be able to collect a collection of spares that are included in the sale and also view the spare engine, gearbox, and axles that are available by separate negotiation.