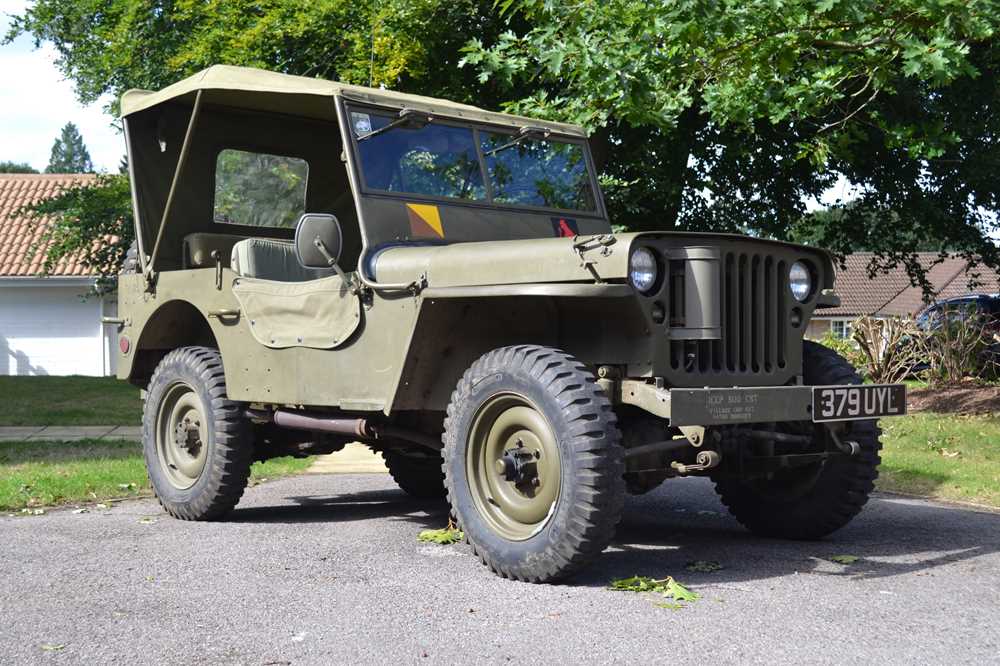 Known in France as 'La Jeep', the Hotchkiss M201 was the standard light transport used by the French army from the end of WW2 up until the 1980s. Initially built under licence as MBs, they were known as M201s from 1956 and remained virtually unchanged throughout production - a fitting testament to the efficiency of the original design.

This left-hand drive Hotchkiss M201 was imported into the UK by the vendor in 2015 and has been in the current custodianship for around 10 years, having been used for military shows by the vendor in France prior to its importation. The M201 was restored while in France c.15 years ago and has a number of period features including the canvas door screens and assorted tools. The Jeep was originally used by the French army as a radio telecoms vehicle and had the French registration of 'BG-163-EY'. Now fitted with an alternator and two battery system, the Jeep is supplied with its original dynamo should the new owner wish to return to standard.