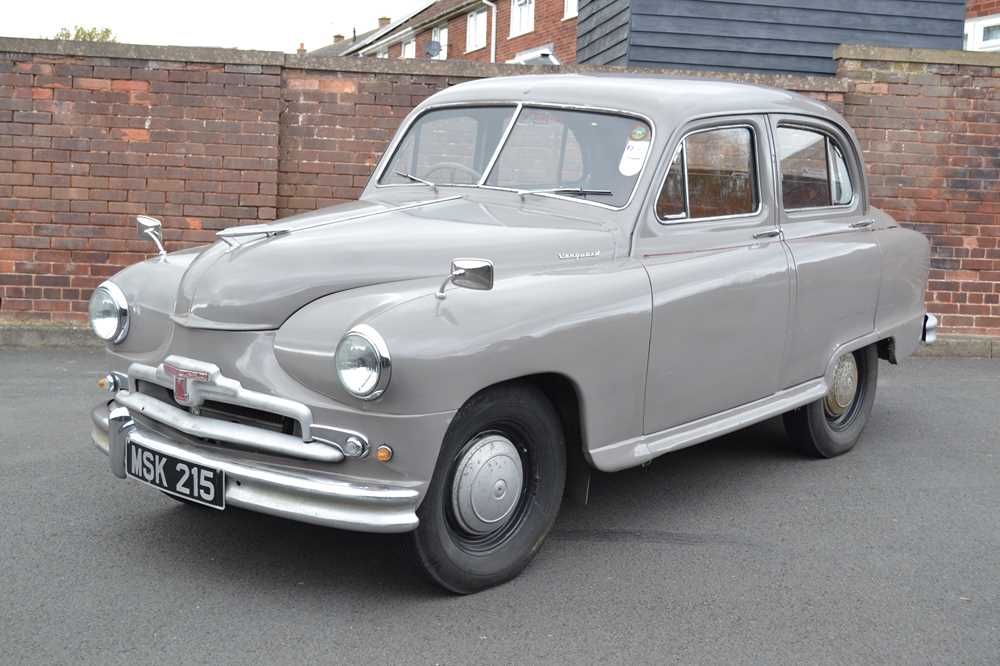 Produced by the Standard Motor Company of Coventry, the Vanguard was manufactured from 1947 to 1963 and was the first post-war car produced by the company. Intended for home-market and export, the styling was intentionally modelled on American lines by Walter Belgrave. The Phase II was a move into Ponton three-box notch-back styling increasing rear space capacity and visibility.

This home-market Phase II Vanguard was manufactured in 1954 and first registered in June 1954. Powered by a 2088cc straight-four petrol engine mated to a 3-speed column change manual. In current ownership since 2015 and only showing four former keepers since 1954 on the V5C, the Standard is additionally offered with a collection of past invoices and a magazine feature of the car in ‘Classic Car Buyer’, along with photographs of some remediation works completed in circa 2002 which included paintwork. ‘MSK 215’ is also fitted with a stainless-steel exhaust system.