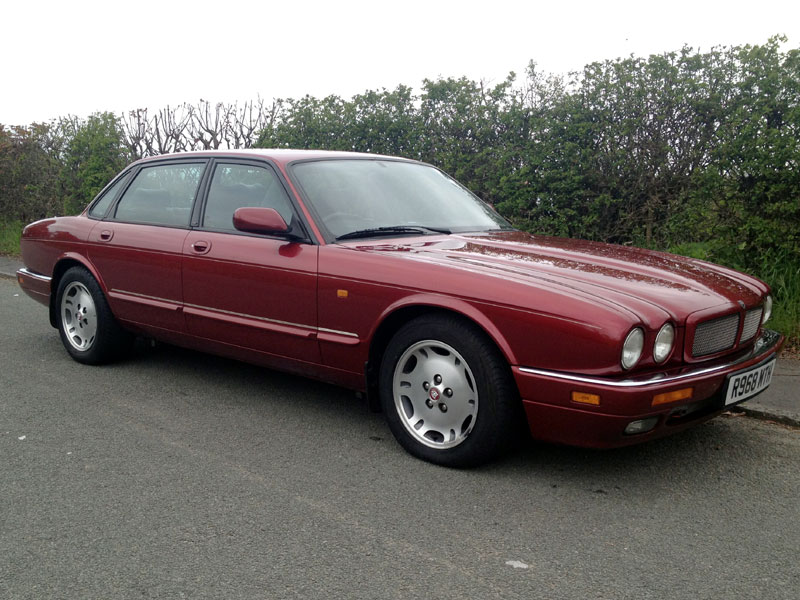 An all new XJ6 (or XJ40 to use its code name) was launched in October 1986 as a replacement for Jaguar's ageing Series III cars. It boasted all-round independent suspension, power-assisted rack and pinion steering, four-wheel disc brakes and generous levels of sound deadening. The result was a credible alternative to the Mercedes-Benz S-Class and BMW 7-series and it was well received by the motoring press. The newcomer was initially available with a choice of two variants of the straight-six AJ6 powerplant - the 2.9-litre SOHC unit or the 3.6-litre DOHC engine. Allied to either a five-speed manual or four-speed automatic 'J-gate' transmission, they allowed purchasers to prioritise performance over economy and vice-versa. By 1989, Jaguar had been bought by Ford, who changed the engine offerings to a 3.2-litre DOHC unit or a 4.0-litre DOHC one.

This XJ6 Sport is equipped with the 3.2-litre engine mated to automatic transmission. It sport Metallic Red paintwork and a Black leather interior and Piano Black facia. The vendor believes the indicated mileage of just 58,000 to be genuine and regards the bodywork, paintwork, interior trim, engine and transmission as all being in "very good" condition. 'R968 MTH' has been serviced within the franchise and comes with an MOT valid into May next year.

PLEASE NOTE: The vendor has informed us that he has found the service history for this vehicle, which will be included in the sale.
Share: