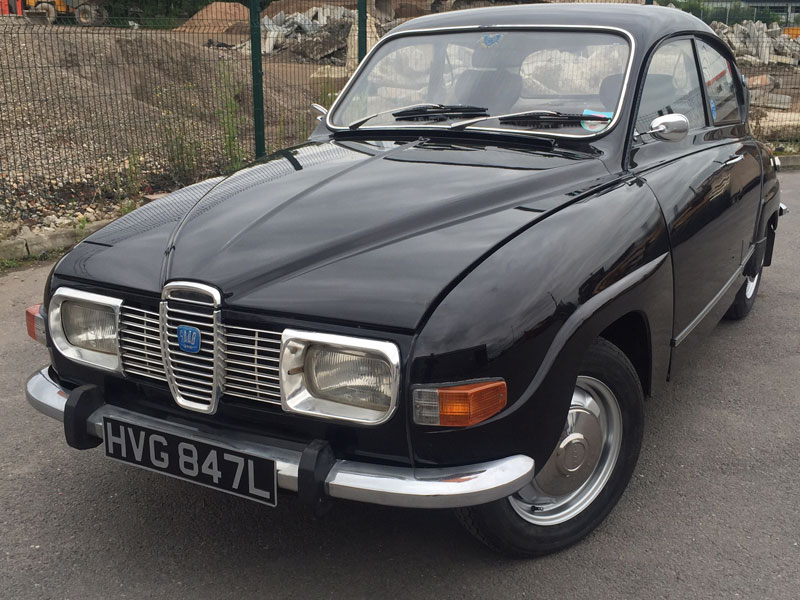 Being the subject of routine maintenance and renovation over its 44-year life, 'HVG 847L' is presented in Black with a Dark Brown interior, the bodywork is in above average condition and is very presentable and useable.

The gearbox selects and engages as it should and the engine, having recently undergone a carburettor overhaul, pulls the car along with gusto, breathing well through the sports exhaust system that subtly upgrades this tax-exempt 96.

Supplied with a MOT valid till December 2016, the Saab is ready to be immediately enjoyed boasting as it does quirky good-looks and Scandanavian charm aplenty.

PLEASE NOTE: Upon nearing Donington Park, the vendor noticed what he believed to be a slight loss of power and mild vibration. A vehicle technician attended and suspects a degradation of a fibre/nylon gear attached to the balance shaft. Further inspection/costs will be necessary, but as the vehicle has arrived, the vendor has decided to offer the Saab at a reduced price.

Any prospective purchaser who may have travelled has the option therefore to proceed. H&H Can confirm that the engine turns over: however should now be considered a non-runner. The vehicle's MOT certificate remains valid until December 2016.

The '96' remains a wonderful historic rallying opportunity, especially if equipped with a Weber carburettor and freshly balanced engine!
Share: