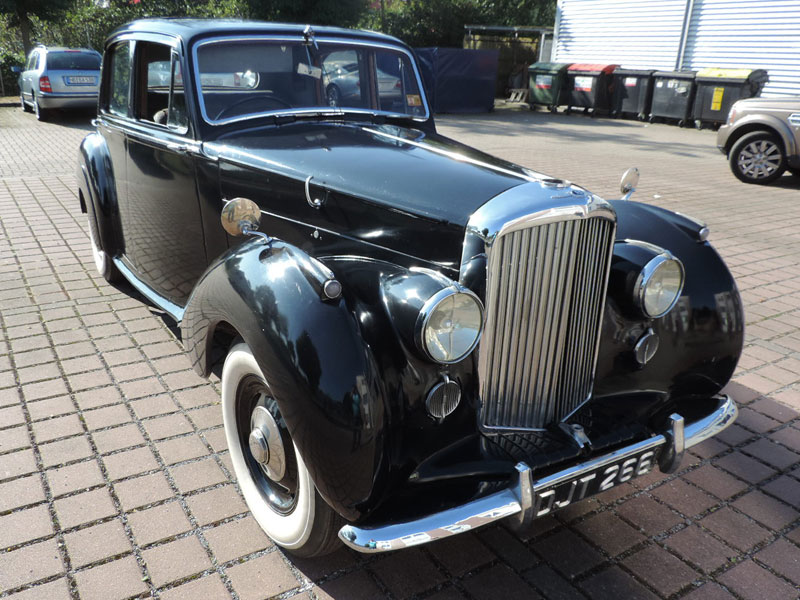 Although not currently UK registered, the old number plates worn by this Bentley - `DJT 266' - suggest that it began life in Dorset. Migrating to Texas sometime thereafter, the MKVI was seemingly last on the road during 1988 and is believed but not warranted to have covered just 23,000 miles from new. The Lone Star State's dry climate has apparently done wonders to preserve the sports saloon's bodywork which the vendor tells us is `fantastic with no abuse, dents or rust except to the rear of the untouched sills'. However, the original Grey leather upholstery has fared less well and is now cracked in places. Still sporting what looks to be its initial factory-applied paintwork, the Bentley is reportedly running but will require re-commissioning prior to road use. The Bentley has been properly imported into Europe and H&H can assist with a NOVA declaration to HMRC if the successful purchaser so wishes.
Share: