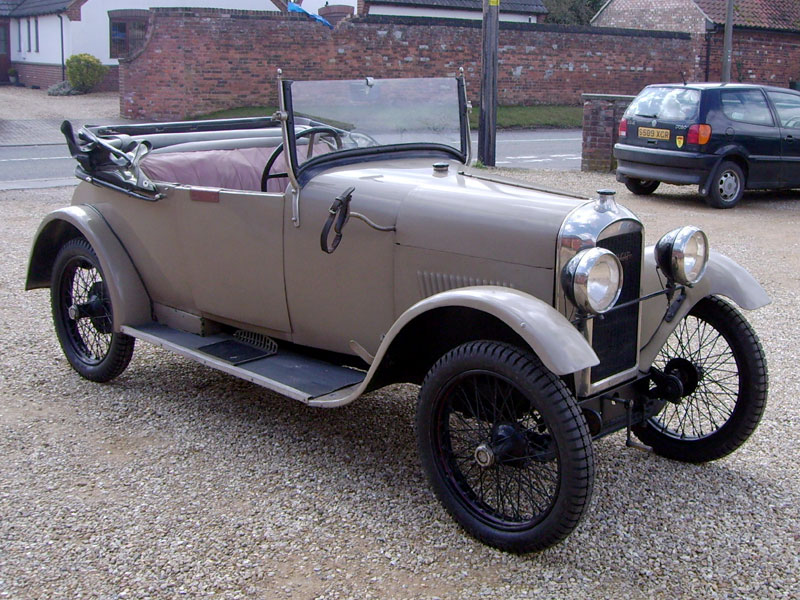 Established in 1921, the well respected Amilcar marque derived its name from those of its two founders M. Akar and M. Lamy (amylkar). Designed by Jules Salomon and Edmond Moyet, its first model, the CC, employed a simple ladder frame chassis with quarter-elliptic springs, rear wheel brakes and a 903cc four-cylinder sidevalve engine. Appearing soon afterwards, the C4 sat on a lengthened wheelbase and benefited from an enlarged 1,004cc powerplant not to mention the adoption of all-round friction type dampers. Relying on far fewer proprietary components than many of their 'voiturette' peers, Amilcars were prized for their build quality. Though, competition successes such as winning the Association Amicale des Anciens Motocyclistes Militaires 24-hour Bol d'Or race outright or placing third and fourth in the Automobile Club de L'Ouest's Grand Prix des Cyclecars at Le Mans (both in 1922) helped boost sales as well.

Reportedly supplied new to Australia and bodied by Drummond's Autos Ltd of Melbourne, this particular example is understood to have had just two keepers prior to entering the current ownership during 2009. Imported to the UK that same year, the Amilcar was checked over upon arrival. Found to have a small crack in its block, the engine was entrusted to a professional who not only repaired the damage but also examined the crankshaft, conrods and pistons (fitting the latter with new rings). The original bodywork was assessed to have lasted well, though a coachbuilder replaced a small section of its tail panel which had succumbed to rust. Complemented by a black hood, the tan leathercloth upholstery is thought to have been renewed approximately twenty years ago, while the beige paintwork is said to show "some wear". The vendor informs us that "the C4 runs very well and was MOT'd with the intention of registering it. However, due to personal reasons I cannot keep the car". Riding on black-painted wire wheels, this charming Vintage Amilcar would seemingly be well suited to VSCC Light Car Section events or simple pleasure motoring.
Share: