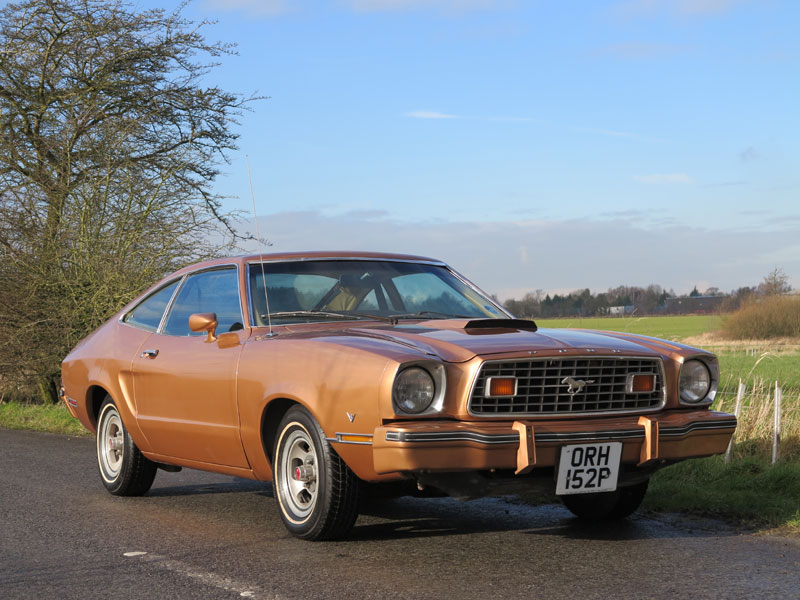 The phenomenal success of the '64 Mustang is engrained in American automotive folklore, and while McQueen's Detective Frank Bullitt immortalised the '68 Fastback variant, the fact is that by the end of that decade the model had grown too big and sales had dropped away. So in 1970 Lee Iacocca ordered the development of an all-new smaller pony car and, in a fortunate piece of timing, the newcomer arrived coincident with the oil crisis - 'the right car at the right time' - and over one million examples were sold during its four year reign.

The Mustang II on offer is a 1976 Liftback model that's equipped with the top of the range 4.9-litre (302ci) V8 engine, the intake to the Holley carburettor of which is aided by a 'ram air' scoop. Finished in Bronze and trimmed in a mix of Bronze and Black, 'ORH 152P' is a rare UK-supplied right-hand drive example that's had five keepers to date, the most recent of which has retained the fast Ford since 2010. He is now selling it complete with a sales invoice from 1977, Haynes manual, club magazine, and collection of old invoices and MOTs, plus one valid to July 14th 2016.
Share: