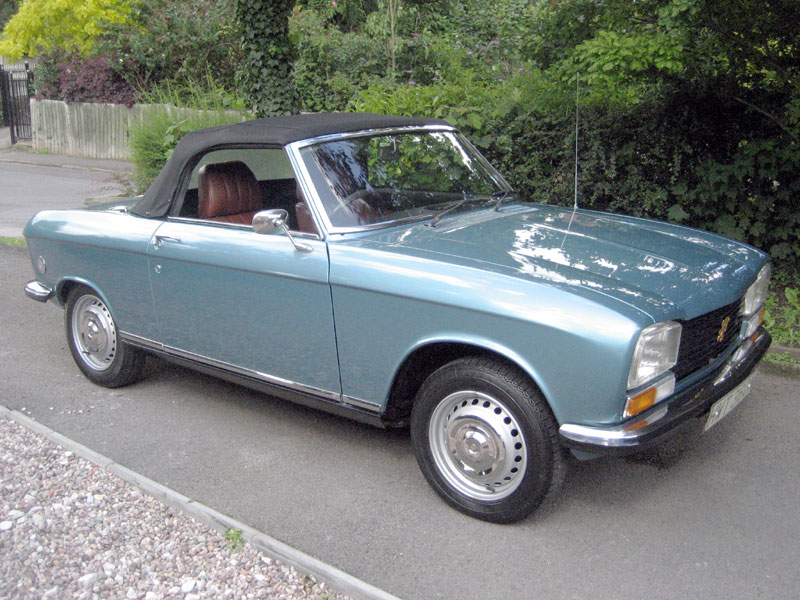 Peugeot has a long-standing tradition of offering cabriolet versions of its small saloons and hatchbacks, and the 304's turn came in 1970, soon after launch of the saloon at the 1969 Paris Motor Show. The 304 used the smaller 204's centre section, with longer nose and tail which followed the successful 504's angular styling, but cabrios and coupes were built on a 280mm-shorter 2310mm wheelbase than the saloon and estate. The 304 was advanced for its time featuring all-round independent suspension, front disc brakes and a four-speed manual gearbox mounted in the engine sump (like a Mini), while power came from an all-alloy 1288cc SOHC four-cylinder unit that produced a healthy 65bhp. The cabrio was the first version to receive the more powerful S engine, offering an extra 10bhp, in March 1972. Only 18,647 cabrios were made before production ended in 1975.

This particular example reportedly belonged to its second keeper for almost two and a half decades (1979 - 2003) before entering the current (third) ownership seven years ago. Sparingly used, the vendor informs us that he has been responsible for adding just 846 of the warranted 67,201 miles shown on the convertible's odometer (both figures being correct at the time of cataloguing). Describing the Peugeot's bodywork and paintwork as "exceptional", he points out that a modern stereo is concealed in the glovebox, with the original still in place on the dashboard. Treated to a new mohair hood in 2004, the 304S is said to have always been kept garaged and serviced / waxoyled on an annual basis. Included in the history file is a showroom catalogue, Haynes manual and 2002 copy of Classic & Sports Car magazine containing a feature on this very car. "Expanding family forces sale of my beloved classic" says the vendor ruefully.
Share: