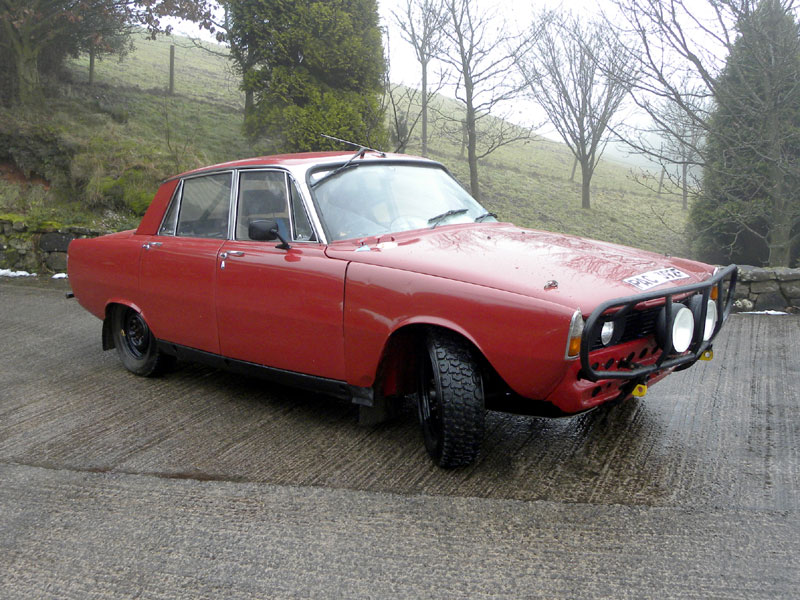 H&H are indebted to the vendor for the following description: "The gaffer at St. Audrie's Garage said to his son one day 'Fancy a drive to Sydney?' So started a London-to-Sydney Marathon adventure but one classed as a jolly not a serious giant killing attempt at winning. St. Audrie's Garage was then the main Rover dealer for its part of Somerset. A suitable donor car was soon located and purchased, described as possibly the best shell in the UK at the time. The vendor would add it probably still is! With help from certain friendly chaps at St Audrie's the shell was stripped bare, seam welded in strategic places and reassembled very carefully from the ground up. An in-house job but carefully costed to a final figure in the region of £30,000. After completing the 1993 event in 32 days (placing 52nd out of 106), the Rally Rover took pride of place in the showroom on its return to Somerset. The current owner acquired it in 2006 at an H&H Cheltenham auction. He didn't go there to buy it, but, well you know how it is! He spent a lot of hours and about £5,000 on recommissioning. Machinery, including cars, doesn't like standing about doing nowt, even in nice heated showrooms! Just about everything mechanical was stripped and overhauled before final refitting. A Brantz distance measuring device is installed. Whoever prepared the engine originally is to be commended; it feels more like a six than Rover's normally rough and lumpy four-cylinder. Close examination of the shell indicated that there wasn't anything untoward but just for peace of mind it was dropped onto a mate's body repair shop alignment jig and found to be spot on. The Rover will come with a new MOT and subject to suitable checks and pre-event preparation, should be able to go right out again on rallies, from the Three Castles Welsh Classic Trial to longer, Continental or Inter Continental events".
Share: