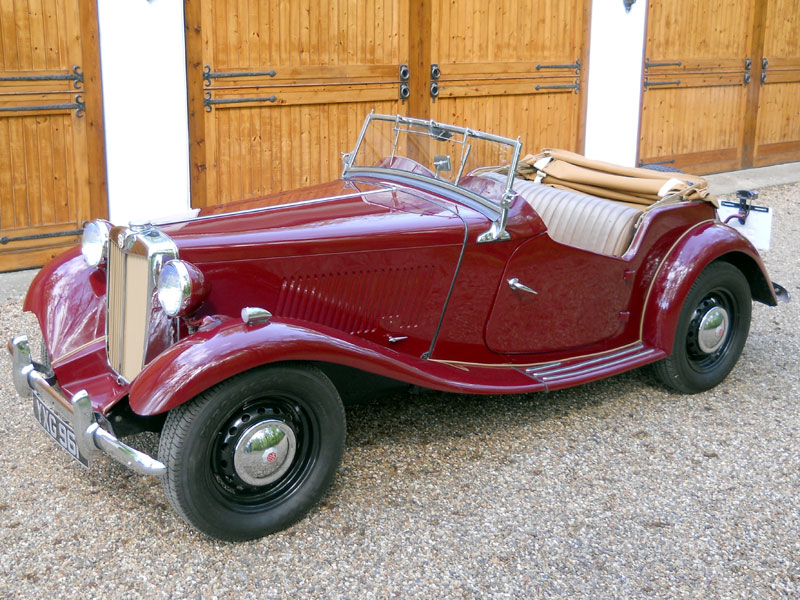 - Imported into England in 2010 from Massachusetts

Though visually similar to earlier T Types, the TD was based on the Y-Type Saloon chassis. The improvements included: coil spring front suspension, rack and pinion steering, smaller 15 inch disc-type wheels, hypoid bevel axle, and twin leading shoe front brakes. This left hand drive export model appears, like so many TDs, to have started life in the USA and was repatriated from Lynn, Massachusetts in July 2010, and became part of a private collection. A seemingly very original example of this increasingly sought after model, it was then resprayed in its current red livery and treated to new: tyres; bumpers; mohair hood and carpets. The brakes were overhauled too, and since being acquired from our Duxford sale in April 2014, the vendor has reportedly had marque specialist Peter Edney carry out further recommissioning consisting of a re-painted engine, new carburettors, a new exhaust, several new engine ancillaries, and a new starter motor. A letter on file from the TD Registrar states the car came off the production line on April 24th 1953 and that it retains its original engine to this day. Described by the vendor as being in good to excellent condition, this splendid looking MG is now ready for the motoring season ahead.
Share: