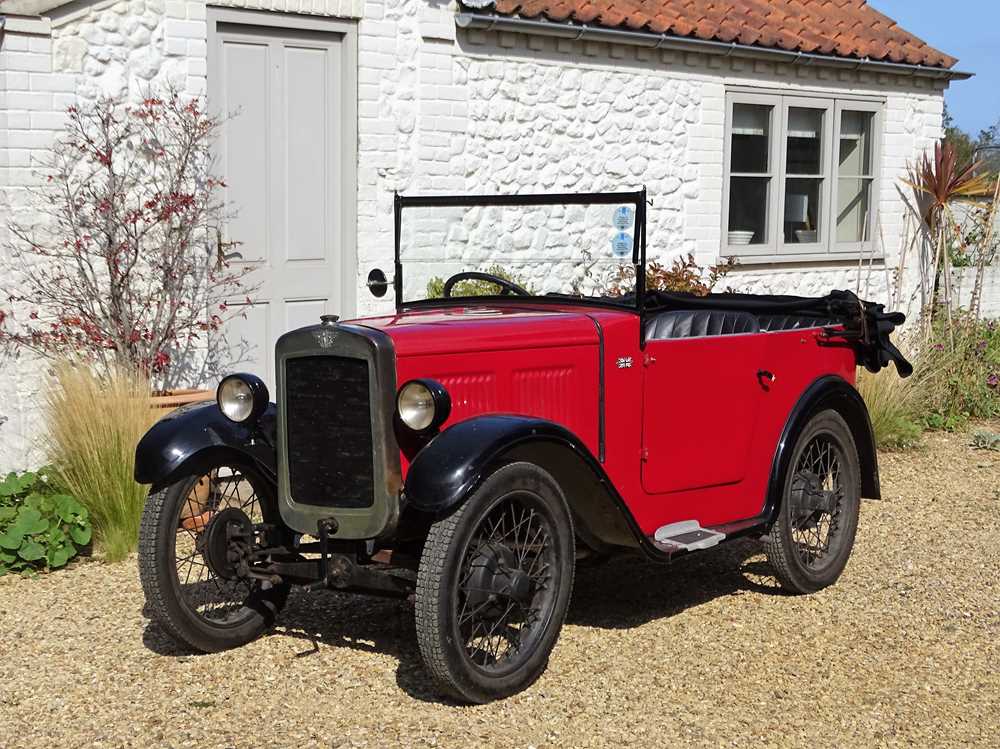 Road registered as ‘PL 3002’ by Surrey County Council on October 3rd 1930, chassis B2/1382 was supplied new to Miss Mary Venton Gibson of London, SW3. Thereafter, photocopied buff logbooks on file show that it belonged to William Vincent, Stanley Rupert Tompsett and Mrs Helen Fowler. Purchased by previous keeper Dr Michael ‘Spike’ Milligan from Richard Marsh for £4,000 in June 1995, a letter between the two notes that: ‘It is a very successful Vintage Sports Car Club car as it won the Lycett Memorial Trophy three times in 1969, 1970 and 1971 I think. The car needs a rebuild but all components are there including the hood and sidescreens’.

Dr Milligan had the engine overhauled by Jeremy Brewster (then of Brewsterhouse Racing and now of Brewster Mudie) at a cost of £2,478.05. As well as a new crankshaft, conrods and pistons, the unit received new bearings, valves, valve guides etc plus a new clutch, flywheel and exhaust manifold. Peter Skelton restored the bodywork, while Holmesdale Sevens not only supplied a host of suspension and brake components but also reconditioned the three-speed manual gearbox. Sold to the vendor’s late husband by Dr Milligan in 2006, the Austin was stabled alongside a W.O. Bentley, HRG 1500 and Bristol 400. Little used in recent years, ‘PL 3002’ will require recommissioning prior to road use but has charm aplenty. The engine turns on the handle and the brakes are free. Offered for sale with history file and full weather equipment.