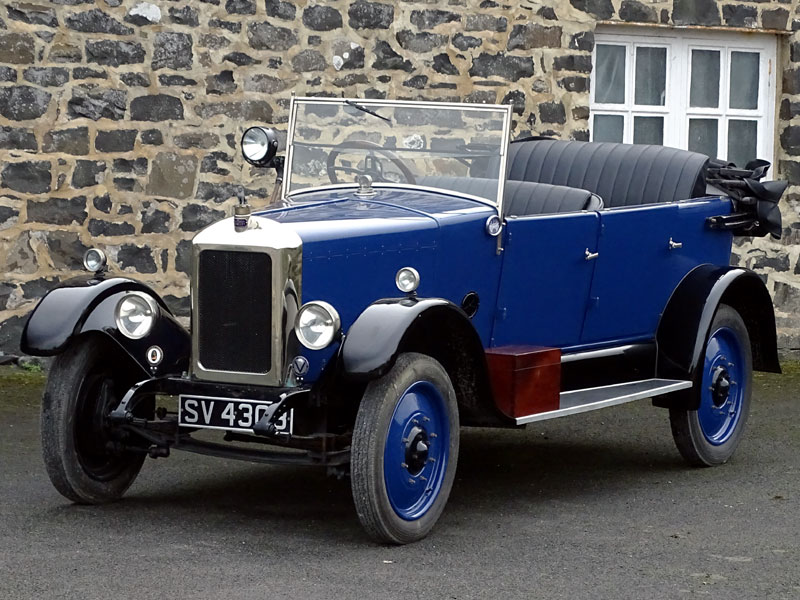 Introduced in 1923, the Armstrong Siddeley 14hp was rather more affordable than its 18hp and 30hp siblings. Powered by an 1852cc four-cylinder OHV engine, the newcomer was further distinguished from the marque's larger horsepower models by the use of a flat rather than V-shaped radiator. Launched in 1925, the Mark II version was based around a new chassis equipped with with four-wheel drum brakes and semi-elliptic front and rear springs (as opposed to the cantilever springs used on the Mark I). The improved chassis enabled the company to offer a wider range of open and closed body styles. The Cotswold tourer - a full five-seater car which was supplied with a hood and side screens - proved to be the most popular open derivative.

Entering the late Sir Colin Hope's collection in 1993, the Mark II Cotswold Tourer has since been treated to four new wings, new running boards and a re-spray. The engine is understood to have been overhauled some fifteen years ago with the gearbox receiving new internals at the same time. Little used over the past seven years, it was in running order when photographed during late October 2016 but will require recommissioning prior to road use. The Tourer appears to be complete. The paintwork and interior trim look to be in good order.
Share: