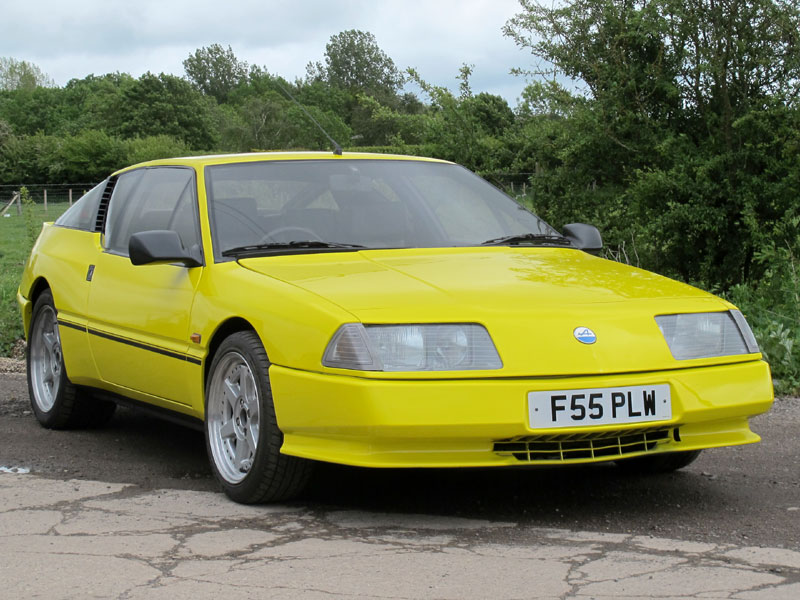 - New radiator and cylinder head overhaul within the last 1,000 miles

Conceived as a rival to the Porsche 944 Turbo and Lotus Esprit Turbo, the Renault GTA V6 Turbo made its UK debut in 1986. The work of Renault's recently acquired subsidiary Alpine (a company with a formidable competition pedigree), the newcomer was notable for its low kerb weight (1180kg) and aerodynamically efficient silhouette (cd 0.29). Based around a steel backbone chassis equipped with all-round independent double-wishbone suspension, front / rear ant-roll bars, ventilated disc brakes and rack and pinion steering, the 2+2 coupe was principally bodied using fibreglass. Longitudinally rear-mounted, its alloy 2.5 litre SOHC V6 engine was force-fed by a Garrett T3 turbocharger and allied to five-speed manual transmission. With a quoted 200bhp and 210lbft of torque on tap, the French supercar was reputedly capable of 0-60mph in 6.3 seconds, 0-100mph in 16.0 seconds and 155mph. A rare sight on UK roads, just 344 right-hand drive GTA V6 Turbos are thought to have been sold between 1986 and 1990.

Finished in Renault Yellow with black leather upholstery and grey carpets, this particular right-hand drive example is described by the vendor as being in 'good' condition with regard to its engine, gearbox, bodywork, paintwork and interior trim. Believed but not warranted to have covered some 78,300 miles from new, 'F55 PLW' is further thought to have been 'chipped' to c.250bhp with a consequent gain in performance. Although, there is no paperwork on file to substantiate this modification, we are informed that the coupe 'certainly feels as if it has been'. Riding on upgraded alloy wheels, the Renault also boasts electric tinted windows, electric mirrors and power assisted steering. While to the engine bay it sports a set of blue SAMCO hoses.

A handwritten note on file suggests that the 2+2-seater was repainted during 2004. Treated to a new radiator, refurbished alternator and cylinder head overhaul within the last 1,000 miles, 'F55 PLW' has been sparingly used since entering the current ownership in 2009. A rare and much underrated car, the GTA V6 Turbo still has the potential to embarrass more modern machinery. Indeed, Classic & Sportscar magazine has previously nominated the model as 'A Classic You Should Buy Now'. A rare beast, 'F55 PLW' was reviewed in the September 2007 issue of Classic Cars magazine and is offered for sale with MOT certificate valid until May 2016 plus an original owner's manual and sundry bills / paperwork.
Share this page: