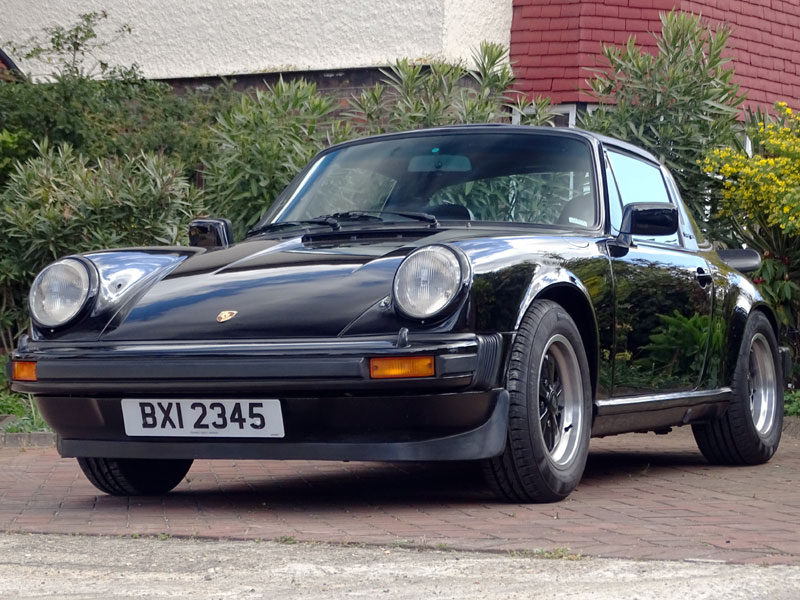 - The last UK-supplied, RHD example of just 197 cars made

- Current ownership since 1985 and formerly road registered as '7 WK'

- Fitted with a replacement, galvanised bodyshell as part of an extensive restoration carried out by 911 Bodyshop of Wembley in 2004

Introduced for the 1975-model year, the H-series 911 Carrera 2.7 boasted much the same running gear and kerb weight as its legendary RS homologation special forebear. Hence, the number of enthusiasts and collectors who have looked past its 5mph impact absorbing bumpers in recent years! Equipped with revamped forged aluminium trailing-arm rear suspension, 20mm/18mm anti-roll bars, gas-filled Bilstein shock absorbers and Fuchs alloys, the newcomer was powered by its RS predecessor's mechanically fuel-injected 210bhp Type 911/83 engine. Further benefiting from a revised instrument binnacle, high-backed sports seats, inertia reel seatbelts and electric windows, Porsche's flagship was reputedly capable of 0-60mph in 6.3 seconds and 149mph. Only in production for twelve months, just 6 of the 187 H-series 911 Carrera 2.7 Targas made were to UK, right-hand drive specification.

Notable as the last of the sextet, chassis 0194 is understood to have been initially road registered as '7 WK' following its UK importation on August 1st 1975. Subsequently resident in Northern Ireland - hence its current 'BXI 2345' number plate - the Porsche belonged to Andrew Cox Esq. of St Neots prior to entering the current ownership during late July 1985. Stolen and recovered the next year, the DVLA has recently confirmed it 'has not received any notification from any insurance company that the vehicle was or has been written off'. Some nineteen years into his custodianship the vendor entrusted the 2+2-seater to marque specialist 911 Bodyshop of Wembley for an extensive 'bare metal' restoration. Due to the extremely parlous state of the original monocoque, the decision was taken to transfer the original 911/83 engine and other running gear into a replacement galvanised bodyshell. Some thirteen years on the Targa is described by the vendor as being in 'very good overall' condition. Cited in 'Porsche 911' by Lindsay Porter and Peter Morgan, this historic H-series Carrera 2.7 is offered for sale with history file (including numerous restoration photos) and fresh MOT certificate.
Share this page: