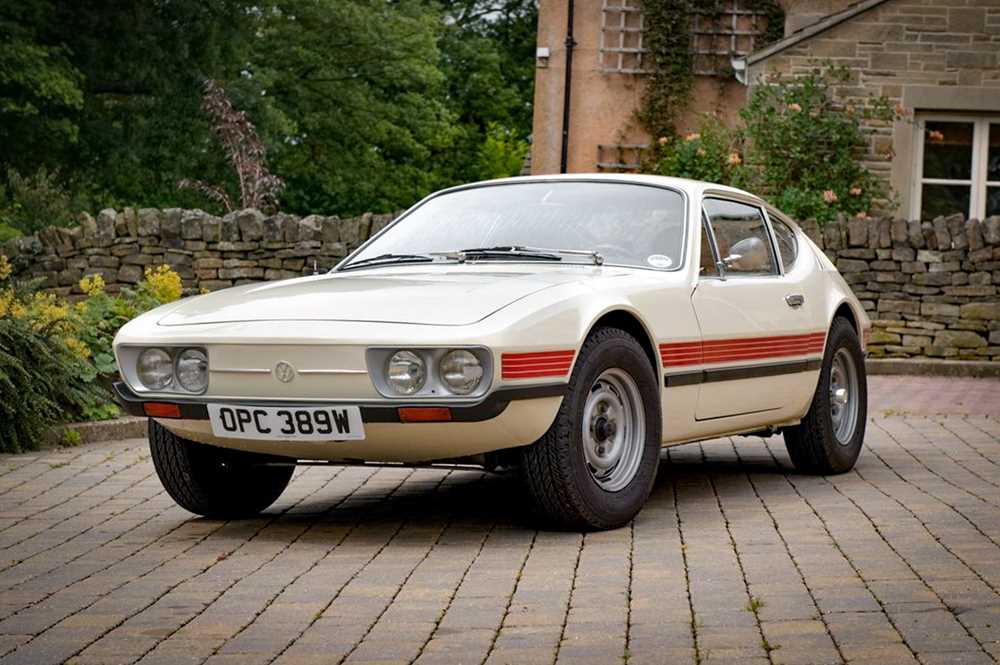 Described as being “one of the most beautiful sports cars VW ever designed” by the German publication Hobby Magazine, it is perhaps a shame the SP2 was never officially offered to the European market. The model, based on the VW Variant, was developed by Volkswagen Brazil and offered between 1972 and 1976. Powered by a 1700cc engine and known as ‘Project X’ the prototype debuted in 1971. Sadly, its relative lack of performance against local opposition resulted in production ending in February 1976 after c.10,000 units had been built of which just 670 were exported with just one of these making it to Europe via Portugal.

This left-hand drive example has been with the vendor since 2010 having been imported to the UK from Kuwait. It is understood to be one of just four examples in the UK currently. Retaining its original floor plan, the bodywork is said to have avoided the rust problems suffered by most. The SP2 is powered by a replacement VW Heritage SP2 1641cc engine (fitted in 2018) that breathes through twin Dellorto DRLA carburettors. These were installed and tuned by Rawspeed of Plymouth. We have been advised that all of the original engine parts not incorporated into the replacement engine can be collected from the vendor and that a stainless-steel exhaust created by Turbo Thomas is fitted. The gearbox has been overhauled by Bears Motorsport and the car is offered with a comprehensive history file which includes Arabic service invoices, import documentation, old MoTs, old blue logbook and a rare original handbook.