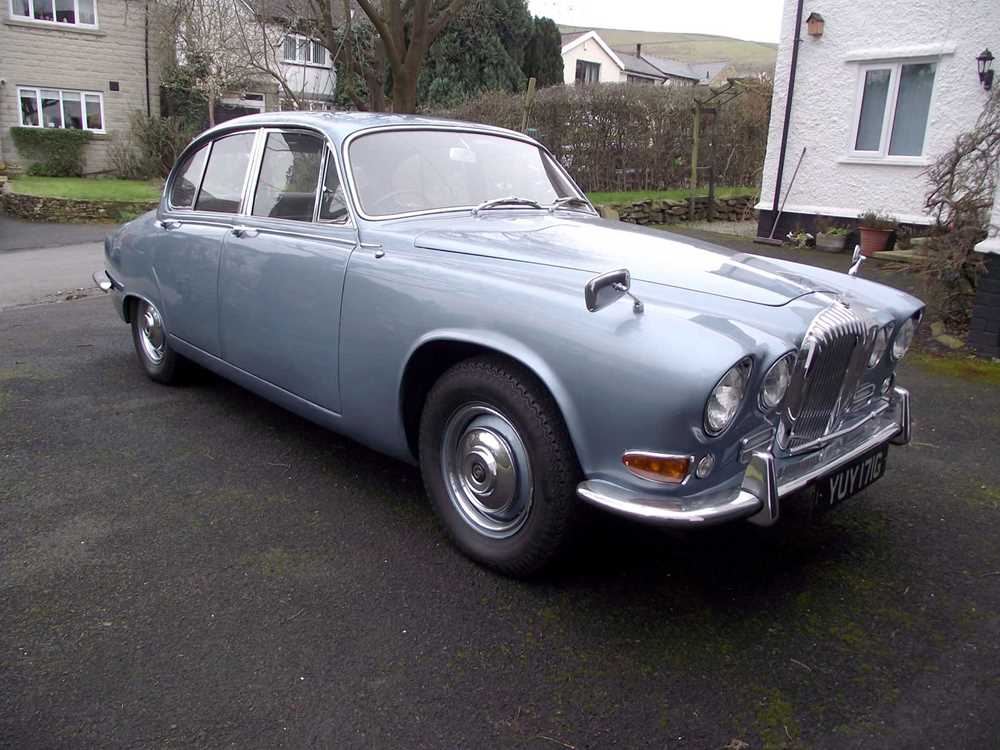 First registered on 1 April 1969 YUY was in the hands of its first owner until July of 1983 when acquired by the previous owner who was to tackle a programme of restoration between 1987 and 2006, spending in excess of £15,000 to bring YUY back into good order.

Following restoration YUY was featured in a Jaguar Driver magazine, copies of which are included in the supportive history file along with restoration and service invoices, old MOTs etc.

YUY was returned to the road after restoration works in 2006. It is understood that the speedometer was replaced during the restoration and the original (defective speedometer recording 48,596 miles) accompanies the car. A replacement speedometer showing approximately 1500 miles was fitted in 2006 and the vehicle now shows a recorded 6752 miles.

It follows that YUY has covered a little over 5,200 miles since its return to the road in 2006, a fact supported by the MOT history, and a total therefore a little under 54,000 miles.

YUY comes complete with receipts for the restoration and annual services, plus every MOT since 1983 - including one valid into May 2016, and of course the all important ‘original’ speedometer.

The vendor acquired YUY in 2015 and has reluctantly offered it for sale only because of a lack of use and advises that YUY has been regularly started and maintained, the usual checks should be made prior to use.