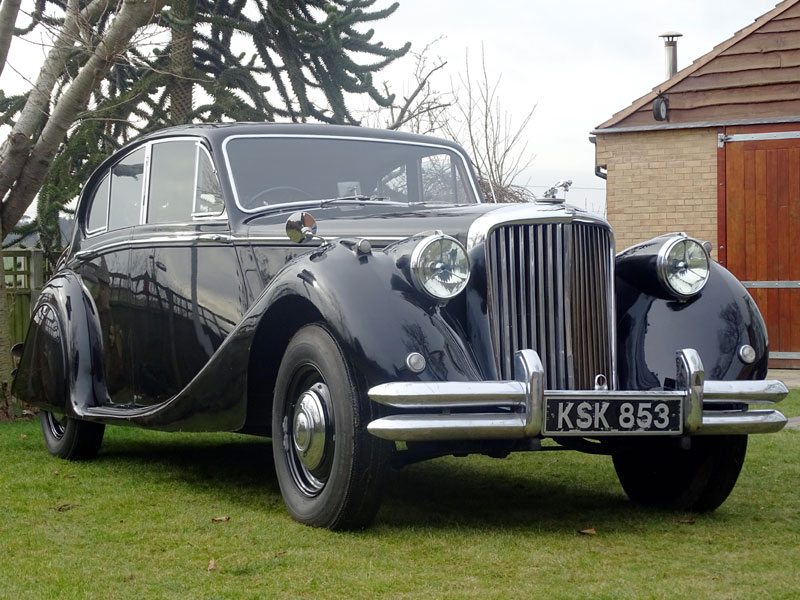 - Understood to have spent its early days in Australia

- Part of a private collection since 2004

The contrast of its highly polished brightwork and Black bodywork serve to emphasise the graceful flowing lines of this delightful period Jaguar. Equipped with the desirable 126bhp 3.5-litre engine option for optimum performance, 'KSK 853' is understood to have spent its early days in Australia before being repatriated in 1964. It has apparently been part of a private collection since 2004, during which it has benefited from refurbishment of the braking system and, more recently, from a top end engine overhaul and new Red carpets to complement the Red leather interior trim. Never restored, the car is currently considered by the vendor to feature 'very good' straight-six engine and four-speed manual transmission, 'good' four-door bodywork and interior trim, and 'average' paintwork. It is now offered complete with its original handbook, workshop manual and wiring diagram, and a selection of tools. 7,814 3.5 Litre Saloons were manufactured before the MKV ceased production in 1951.
Share: