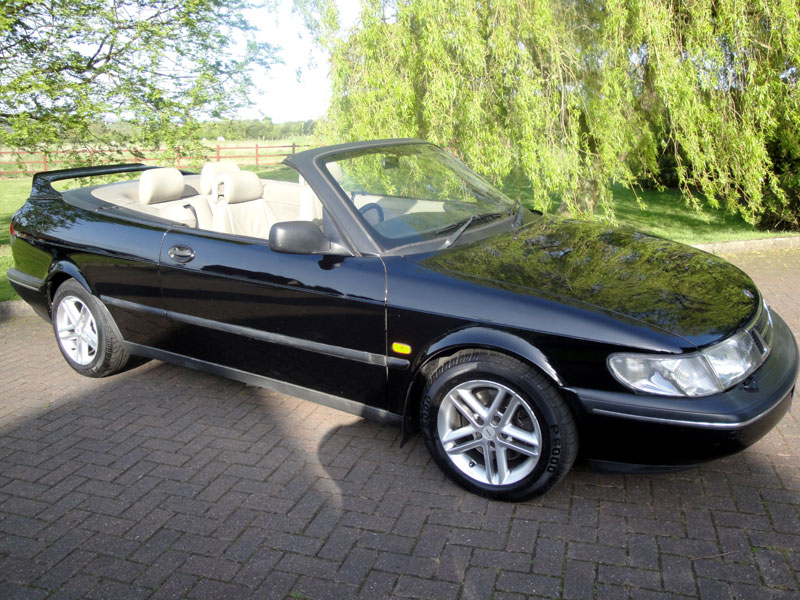 Saab, now under the new ownership of Spyker, has been with us since 1937, originally a division of Svenska Aeroplan Aktiebolaget, created to build aircraft for the Swedish Air Force. The original 900, itself developed out of the robust Sixten Sason-designed 99 of 1968, first appeared in 1978 and the convertible, based on the two-door saloon, followed on in 1986. This popular option has at times made up almost 20% of 900 sales. The second-generation car appeared in 1994, sharing a platform with the Opel/Vauxhall Vectra, as Saab was under the ownership of General Motors at the time. This new layout saw the engine mounted transversely for the first time in a Saab, driving the front wheels according to company tradition. The 2.3-litre version of Saab's DOHC 16-valve gives 150bhp, enough to propel the handsome convertible to a reputed 125mph, extra smoothness conferred by twin balancing shafts within the engine block.

Describing this particular example as being in "very good" condition with regard to its engine, gearbox, electrical equipment, interior trim, bodywork and paintwork, the vendor adds: 'The Saab has had only two owners with good history including ten service stamps and the original bill of sale for £27,850. Every year it has had a service with its MOT, and seemingly little,if anything, has been spared on maintenance" He points out the four-seater is riding on a fresh set of Pirelli P6000 tyres and has an electrically operated hood before concluding that 'P439 HAY' is "a very enjoyable convertible that's fast becoming a classic, and fantastic value for money".
Share: