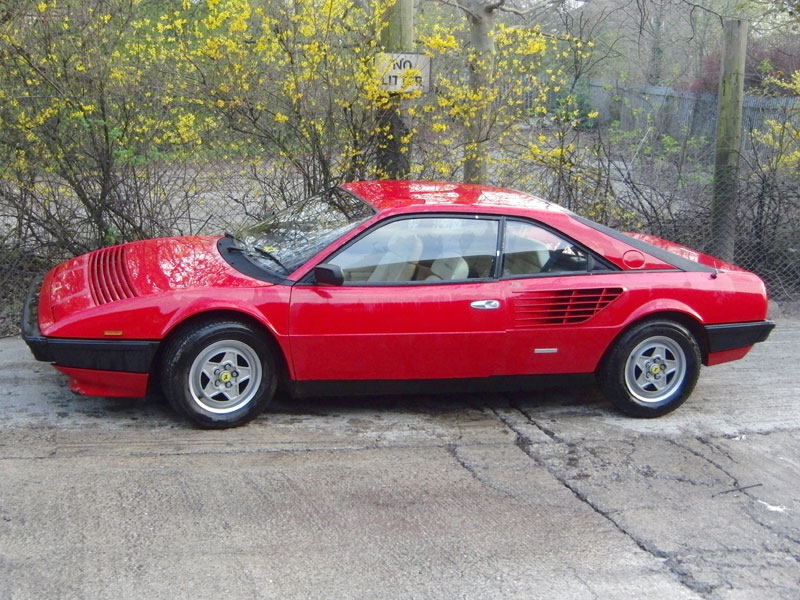 OFFERED FOR SALE WITHOUT RESERVE

The Mondial revived a name from Ferrari's past and was a mid-engined 2+2 seater manufactured from 1980 to 1993. A successor to the Bertone penned 308 GT4, it was designed by Pininfarina and available as a Coupe or Cabriolet. The construction was unconventional, with the steel outer body outsourced to Carrozzeria Scaglietti mated to a lightweight steel box-section chassis - the bonnet and boot lids were formed in aluminium. Another unusual feature of the car was that the engine, five-speed manual gearbox and rear suspension were all mounted on a detachable steel subframe for ease of servicing and repair. Suspension was independent all round by wishbones and coil springs, the braking by discs and the steering by rack and pinion. Most of the 6,800 Mondials produced were finished in traditional Rosso Red, but other colours included Black, Silver and Blue. The car was initially powered by a transversely-mounted, Bosch fuel-injected version of the 3.0-litre V8 also employed in the 308 GTBi. Power output was increased in 1982 thanks to a 32-valve version of the same engine, whose combustion chamber design was reputedly based on an F1 unit of the period. The resulting 240bhp was sufficient to propel the Quattrovalvole to 60mph in 6.4 seconds and on to a maximum of around 150mph.

The right-hand drive Quattrovalvole Coupe on sale was purchased by the vendor (reportedly the fifth owner to date) from the H&H sale of November 2008. It was manufactured in 1983 and is finished in Rossa Corsa with a crème-coloured leather interior. He describes the Bodywork as "fair", the Trim as "good", the engine as "complete but not running" and the transmission as "complete but not tested". The Mondial is thus being sold without MOT and at No Reserve.

PLEASE NOTE: This vehicle is a non runner and the engine is thought to be seized.
Share: