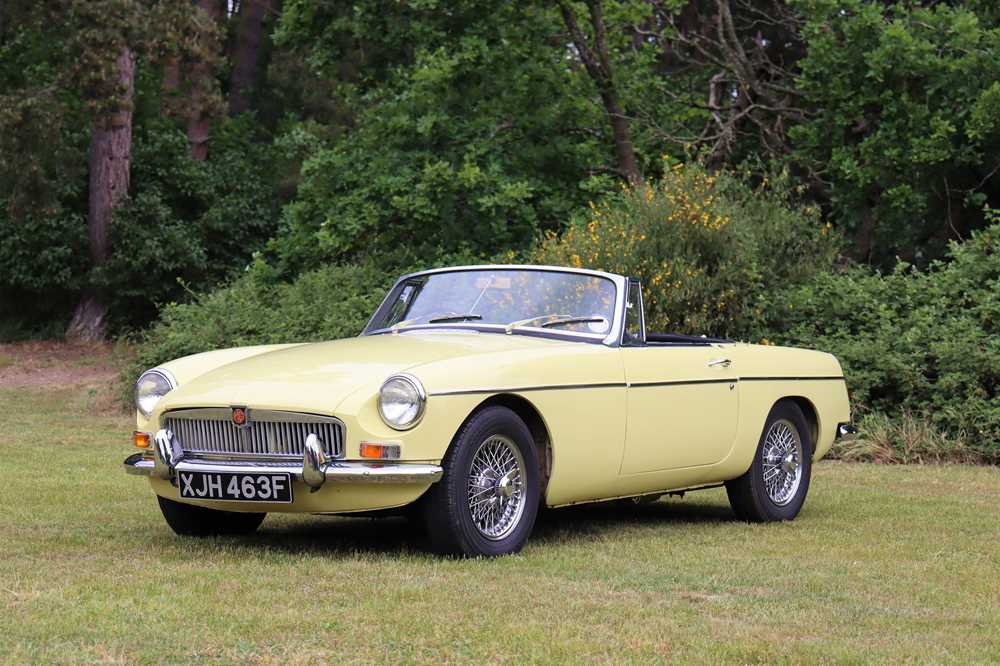 Introduced in 1962, the MGB Roadster enjoyed an eighteen-year production run. With nicely balanced handling and a good turn of speed, it merited the old MG marketing slogan 'Safety Fast'. Based around a monocoque chassis featuring independent coil-sprung front suspension and a leaf-sprung 'live' rear axle, its 1798cc 'B' series four-cylinder engine was allied to a four-speed manual transmission. Capable of over 100mph, the provision of front disc brakes and rack-and-pinion steering greatly aided control.

This home-market MG B Roadster was manufactured in 1967 and first registered in the United Kingdom on the 11th of August the same year. Presented in the attractive colour combination of Primrose Yellow with Black interior upholstery, ‘XJH 463F’ is accompanied by a soft-top all also trimmed in Black. Fitted with the aforementioned 1798cc straight-four engine mated to the four-speed manual gearbox, the MG has been in the ownership of just three people since 1989. Benefitting from much improvement while in the current ownership, the MG has received a replacement speedometer (at 66,631 miles); carburettor overhaul and engine tuning; head gasket replacement; a new radiator; a new master cylinder; electronic ignition; front brake calipers and servicing. Offered with a history file which includes a large selection of service and parts of invoices, previous MOT certificates back to 1999, a photograph album of the restoration, and a current V5C document.