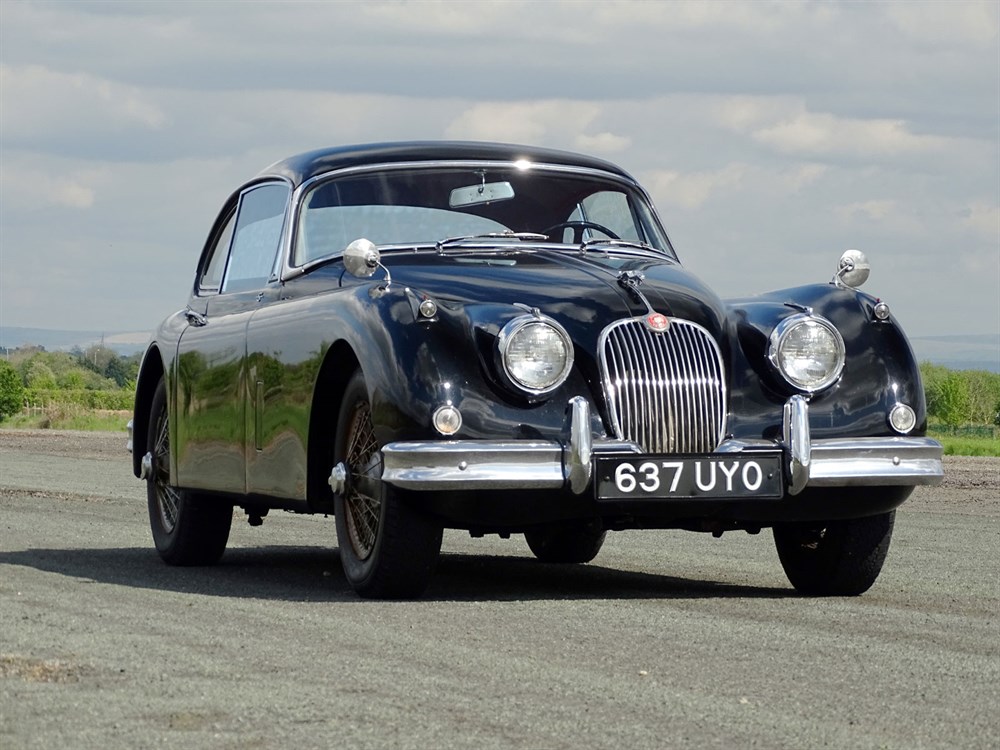 - Converted to S specification reputedly by Hoffman's of New York

By the time the XK150 was launched in May 1957, Jaguar had won Le Mans four times and was about to do so once again. Though the newcomer was a logical progression of the XK140, subtle changes to the bodywork gave this final iteration of the XK a distinctly more modern air. The split windscreen was replaced with a single sweep of toughened glass and the scuttle height was raised, along with the waistline. The bonnet was widened and the bulkhead on the Roadster was moved rearwards by 4inches. Inside, the walnut dashboard of the XK140 was replaced by one trimmed in leather. Thinner doors gave more interior space. The standard engine was the 3.4-litre DOHC straight six unit of the XK140, but many early 150s were fitted with the optional SE version. Still more power was available from 1958 in the form of the 'S' engine. The XK150 was the first production Jaguar to be equipped with disc brakes and at launch was offered in Fixed Head Coupe (FHC) and Drophead Coupe guise, the Roadster following in 1958. By the time the model was superseded by the E-Type, some 4,445 FHCs had been produced.

This particular FHC is an early 1959 lefthand drive export model that appears to have spent its life in the USA until repatriated to these shores in late 2015. Riding on painted wire wheels and well presented with Black bodywork and Red leather interior trim, '637 UYO' is understood to have been converted to 3.8-litre 'S' specification by Hoffman's of New York and these days sports one of the so-called 'Pumpkin' cylinder heads fed by a trio of SU carburettors, as well as an alloy radiator for optimum cooling. Recent case hardened drive shafts have been fitted. It has remained in regular use by its enthusiastic owner, who informs us that it 'drives superbly'.
Share: