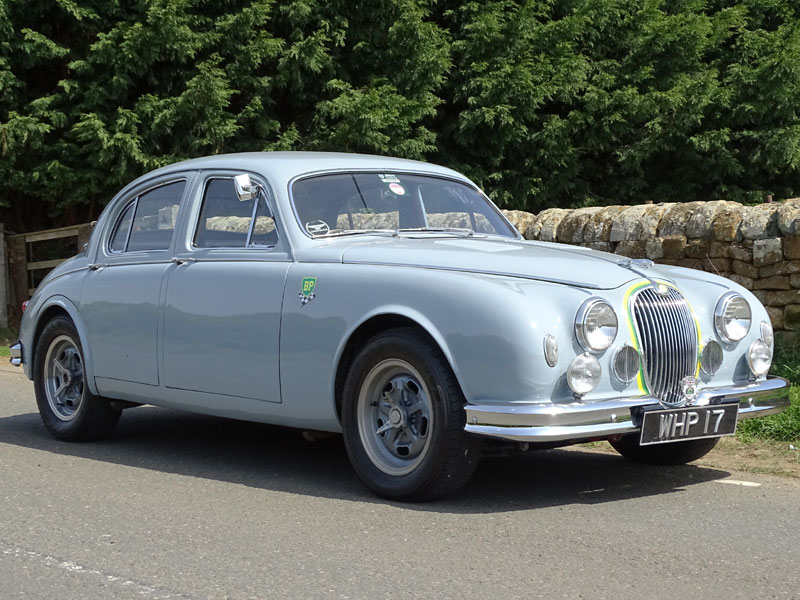 A member of the British Racing Drivers' Club with a keen appreciation for what the late Brian Lister achieved using Jaguar D-Type drivetrains in his fearsome 'Knobbly' cars, the seller commissioned Martin Greaves of Classic Performance Engineering to similarly upgrade this unsuspecting MKI in 2015. Built by marque expert John Pearson and previously employed to power the late John Coombs' ex-Ecurie National Belge Jaguar D-Type, the 3.8-litre engine which now nestles aboard 'WHP 17' is understood to have covered several hundred miles since Mr Pearson last refreshed it. Boasting a correct-type 'wide angle' cylinder head, six-branch big bore exhaust manifold, dry-sump lubrication and triple Weber carburettors etc, the potent straight-six is allied to Jaguar four-speed manual plus overdrive transmission (courtesy of an S-Type). As one might expect of an engineer who trained alongside John Pearson and has restored some of the world's most significant sports and competition cars, Mr Greaves was more than up to the challenge of corralling the numerous extra horses (albeit the seller was adamant they should use period parts wherever possible). Jaguar MKII front and back axles allowed for the fitment of Coopercraft vented disc brakes up front, a Powr-Lok limited slip differential at the rear and Koni shock absorbers all-round. The steering box is also a MKII item but has been uprated with electronic (EZ) power assistance. Affixed to the car via specially commissioned hubs, the 16-inch Halibrand peg-drive alloy wheels, Coombs-style rear arches and twin fuel fillers are the only external signs of the MKI's considerably enhanced performance potential. Although, the subtle Lister-referencing green and yellow banding around the radiator grille offers another clue that 'WHP 17' is no ordinary Jaguar. The interior with its original Red leather upholstery is similarly discrete. A veritable 'wolf in sheep's clothing' and a fitting tribute to a great man, 'WHP 17' doubtless has the potential to surprise and delight.

PLEASE NOTE: Since the catalogue went to press the vendor has informed us that his affinity for the Lister marque stems from the fact he owned the first factory-supplied Lister XJS and the prototype Lister 'Knobbly' Continuation car (BHL 146). Having amassed various spares for the latter he hit upon the idea of transforming 'WHP 17' into exactly the kind of 'sleeper' that Brian Lister might have created in period. As the seller succinctly puts it: 'With his passing, this is my tribute to an old friend!'
Share: