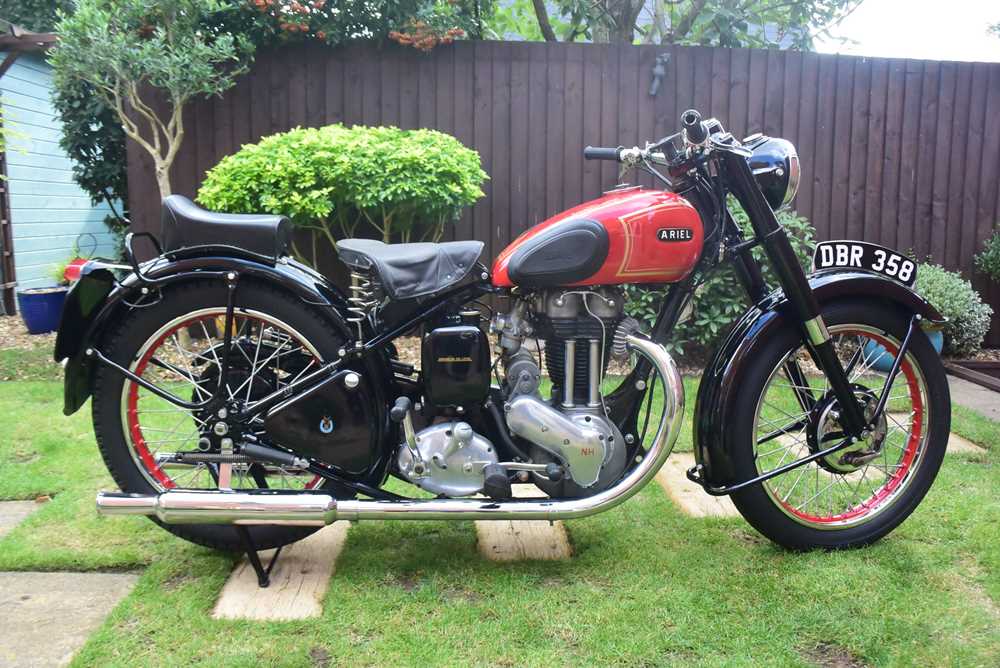 Like a lot of British motorcycle companies, Ariel began producing bicycles in the late 1800s eventually progressing onto motorcycles in 1902. After a typically rocky few years for manufacturers in the early part of the century, in 1932 Jack Sangster bought Ariel from the receivers at a bargain price. The company was renamed Ariel Motors (J.S.) Ltd, and promptly resumed production in a new factory in Selly Oak Birmingham and one of their first bikes produced was the Ariel Square Four designed by Edward Turner followed by the Ariel Red Hunter. The Red Hunter was such a success it enabled Ariel to purchase Triumph motorcycles, eventually becoming part of the BSA group in 1951.

This very attractive and nicely restored Red Hunter has been part of a private collection for a number of years and so will require some recommissioning before use. The engine is the earlier twin-port design with the two chrome exhaust pipes and silencers giving the bike a pleasing balanced look. The frame has a rigid rear end with telescopic forks up front and is fitted with a sprung saddle for the rider with a pad on the rear mudguard for the pillion. Supplied with a current V5C this is a good example of a rare motorcycle.