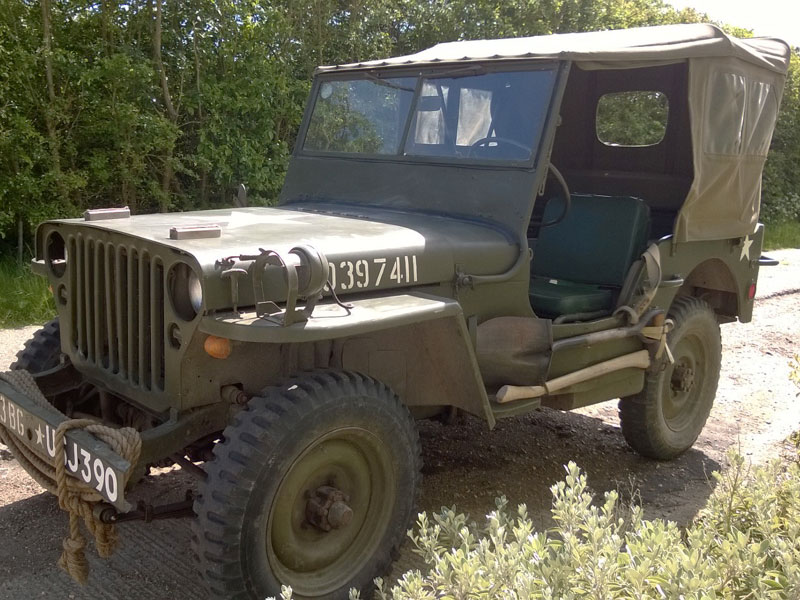 
According to an accompanying letter from the Military Vehicle Trust dated 25th November 1998, this Ford GPW - chassis 134850 - was manufactured during July 1943 as a Command Reconnaissance Vehicle. Passing to the French armed forces post-WW2, it was previously painted yellow and so is thought to have seen civilian airfield usage thereafter. First UK road registered on December 1st 1998, the Jeep is believed to have had its engine overhauled prior to entering the current ownership on May 20th 2007 if only because the L-head, four-cylinder unit `runs very smoothly with good oil pressure'. Reportedly well maintained over the last eleven years, `USJ 390' has been treated to a new exhaust (2008), cylinder head overhaul (2010) refurbished gearbox (2015), fresh starter motor (2017) and replacement battery (2018). Running a 6-volt system but with electronic ignition, the Ford is rated by the vendor's agent as being generally `good' (paintwork, interior trim) or `very good' (bodywork, electrical equipment, engine, gearbox). Offered for sale with V5C registration document, MOT certificate valid until September 2018 and numerous invoices.

Arguably the definitive WW2 vehicle, the Jeep was equipped with a torquey L-head 2.2-litre engine driving all four wheels via a three-speed manual box and two-speed transfer case. Robust and nimble, it remains a 4WD icon.
Share: