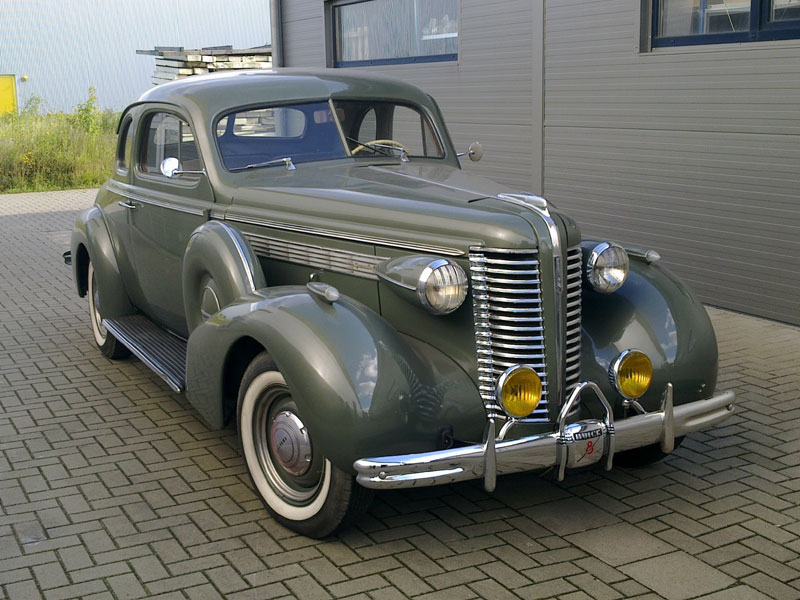 The styling of the Buick Series 40 Special range was modified by the legendary Harley Earl for 1937. Whereas the 1936 line-up featured a single grille with vertical bars, the 1937 one had horizontal bars and a divider down the centre, painted to match the body. The wings were squared-off at the end and the roofline lowered by nearly two inches. Power came from an inline straight-eight 248ci (4064cc) OHV Dynaflash engine of some 107hp, which was coupled to a three-speed manual gearbox with synchromesh. Four-wheel hydraulic drum brakes were standard. Options included a heater, defroster, dual side-mounted spare wheels, white wall tyres, and a grille guard.

The 1938 offering boasted all-steel 'Turret Top' Fisher bodies mounted to a more rigid girder X type chassis frame. The 'Torque Free' springing utilised coils all round (with independent 'knee action' up front) and was tempered via a front anti-roll bar and rear radius rod which also yielded tauter handling. Thermal circuit breakers eliminated the need for fuses, while aluminium engine rockers and rubber shims between the body and chassis contributed to a quieter more luxurious ride. The Series 40 Special was available in a large range of body styles, arguably the most stylish of which was the Model 46S Sport Coupe with spilt rear window and fold-down Opera (occasional) seats that could be purchased for $1,269. Though the smallest member of the Buick family, the 1938-model year Series 40 Special cars were solidly built and typically weighed in at around 3,500 lbs. Their swept-back lines, eye-catching radiator grille, torpedo-shaped head and side lights, generous running boards and scalloped hubcaps served to give them a most distinctive and memorable look which is much loved by collectors of period American cars today.

The charming left-hand drive Series 40 Special Model 46S Sport Coupe being offered is a 1938 example that is understood to have resided in the Southern part of the US all its life, until being recently rehoused, duties paid in Germany. It is finished in Green with Tan upholstery and was apparently restored as little as two years ago, at which time: the car was resprayed; the brightwork renewed front and rear; and the interior trim, facia, window glass and wiring all renewed. The fuel lines were also replaced and the manual fuel pump supplanted by an electrical one. The vendor now considers the bodywork, paintwork and interior trim to be "very good" and the straight-eight engine and three-speed gearbox to be "perfect". The odometer currently displays an unwarranted 110,000 miles. The Buick is being sold with copies of its import documentation.
Share this page: