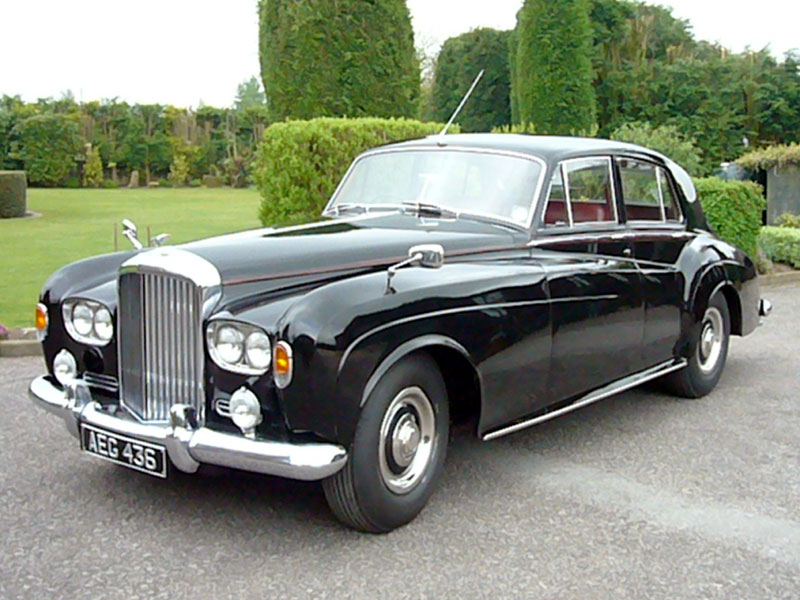 By 1955, Rolls-Royce felt increasingly less need to visually differentiate between its own models and its Bentley-badged ones. The Bentley S1 that replaced the R-Type model was therefore basically a Silver Cloud I behind the distinctive 'Flying B' radiator grille. The S1 was the last of the marque to employ the company's venerable 150bhp 4.9-litre straight six engine, whose roots could be traced back to the vintage era Rolls-Royce 20. This was mated to a four speed automatic or optional four speed manual transmission. The newcomer was built along traditional lines with a separate chassis and body, which facilitated the manufacture of special-bodied versions. However, the vast majority were delivered with the standard steel one that featured alloy doors, bonnet and boot lid. The suspension was independent by coil springs at the front and featured a live axle attached to semi-elliptic springs at the rear. Braking was by servo-assisted drums all round.

Greatly improved performance arrived with the S2 model of 1959, when the straight six engine was pensioned off in favour of a new 6.2-litre aluminium V8 unit. This raised the top speed to some 114mph and greatly enhanced acceleration. Power steering became standard and electrically operated windows an option. The model's final iteration was the S3. Introduced in 1962, it featured a lower bonnet line, different grille and four headlamps. The interior modifications included individual seats for the front occupants and increased legroom for those in the rear. Engine power was increased by seven percent. Some 1,630 S3s were produced between 1962 and 1966.

The S3 being auctioned is a right-hand drive model from 1963 equipped with the standard automatic transmission. It sports black coachwork complemented by a red leather interior. The Bentley has remained in the same ownership since 1978, during which time it has reportedly been dry stored and used for "high days and holidays". We are further informed that "The required services and a front suspension overhaul have been carried out by Rolls-Royce Crewe".

PLEASE NOTE: This vehicle has an MOT until May 2011.
Share: