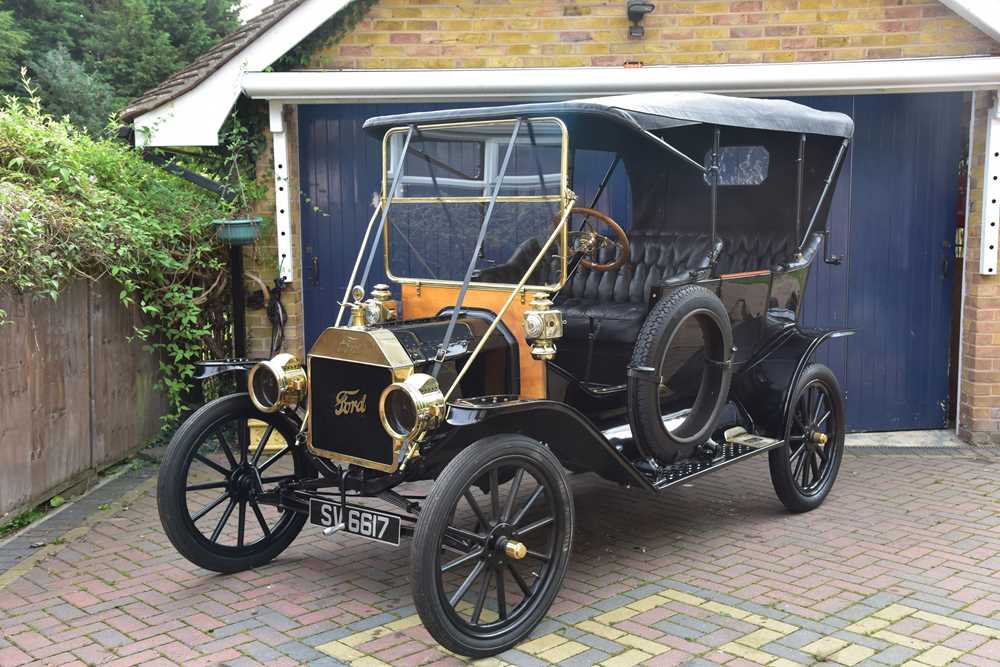 This notably early UK registered Tin Lizzie has been the subject of a chassis up restoration which included a full engine overhaul and features a Clam Shell back axle plus is fitted with a water pump, spare wheel carrier and new hood. Offered with a V5c document, its unsurprisingly that the vendor now describes the bodywork, black paintwork, engine, transmission and black interior as all being in “very good” condition.

The world long since ran out of new things to say about the Model T (or `Tin Lizzie' as it was affectionately known). Ford was already progressing impressively before the launch of the T in the autumn of 1908, but it was the model which really set the company, and the world, on the move. The statistics are staggering: it was the first car to be mass produced and the first to be manufactured in several countries simultaneously. Production ran for nineteen years, during which time some 16.5 million examples were built. The timing of the T was perfect. It came to market just as motorcars were gaining in interest and acceptance and sold for less than a wagon and team of horses. It mobilised people the world over and for the first sixteen years of production accounted for no less than 40 percent of all car sales in America - small wonder that it was voted `The World's Most Influential Car Of The 20th Century'. At launch the T was powered by a sidevalve 2.9-litre four-cylinder engine producing some 20hp. It was among the first to have its cylinders cast in one block and the first of all to have a detachable cylinder head. The epicyclic transmission had two forward speeds and a reverse and was controlled by a combination of three foot pedals and lever - a real test for drivers who cut their teeth on modern cars!