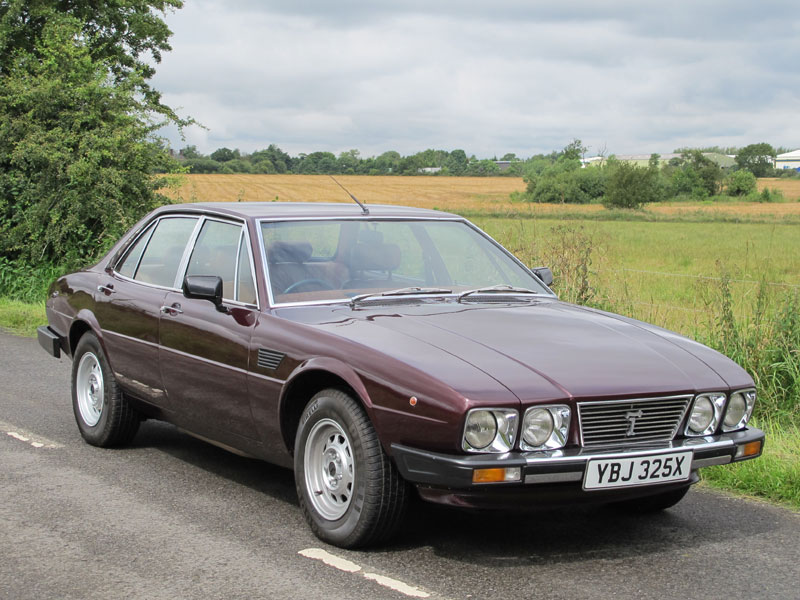 The story of De Tomaso Automobili is one of the more complex and engaging of all automotive histories and began when the Argentine-born Alejandro de Tomaso established his eponymous company in Modena during 1959. Alejandro had fled South America after being implicated in a threat to overthrow the Argentine president Juan Peron, and began his motoring career as a racing driver for Maserati and OSCA - his wife was American heiress Isabelle Haskell, who also raced cars. The new business initially concerned itself with the production of prototypes and competition cars that included an F1 car for Frank Williams. It then turned to the manufacture of high-performance Sports Cars, most of which featured an innovative aluminium backbone chassis (not dissimilar in concept to that of Colin Chapman's) that would become the firm's technical trademark. Though best known for its mid-engined Vallelunga, Mangusta and Pantera two-seaters, De Tomaso Automobili also produced a select number of luxury Saloons and Coupes throughout the 1970s and 1980s.

It had not escaped Alejandro's notice that wealthy Italians purchased Jaguars as status symbols, a trend that upset him sufficiently to plan his own rival product, the Deauville. There are various theories regarding the choice of name, that is not only the same as one of France's grandest resorts but also the site of a famous horse racing track - a sport in which Mrs De Tomaso's family had firm roots.

That Alejandro's newcomer was aimed directly at existing Jaguar buyers was plain to see. The overall dimensions were very similar and the graceful body - penned by American-born Tom Tjaarda on behalf of Ghia - could almost be mistaken for the Coventry product from certain angles. Like the XJ, it sported independent rear suspension and disc brakes to all four wheels. The most obvious difference between the two competitors lay under the long bonnet, where a Ford Cleveland V8 of 5763cc, as proven in De Tomaso's Pantera, emitted some 330bhp - sufficient to power the sumptuous four-door luxury Saloon to 60mph in around 7.6 seconds and on to a top speed of a whisker under 145mph. The engine drove the rear wheels via a Ford C6 three-speed automatic transmission. Launched at the 1970 Turin Motor Show, the Deauville continued in production until 1985, by which time a total of 244 examples are understood to have been produced in two series, making good ones rare and increasingly sought after today.

Currently one of just eight Deauvilles known to be UK based, this particular Series 2 example was previously resident in Australia. Imported by the vendor as a restoration project, he then spent over £100,000 with marque specialist Three Point Four Ltd of Barnsley having the luxury saloon brought up to its current condition. As well as a bare metal respray and reconditioning of the original leather upholstery, attention was reportedly paid to the brake system, suspension, engine (overhauled, balanced and fitted with uprated camshaft), automatic transmission (inspected and refurbished as necessary), rear axle (upgraded with a Powr-Lok differential and higher final drive) and walnut veneers etc.

This stunning vehicle was invited to participate in the Goodwood Festival of Speed's highly regarded Cartier Style et Luxe exhibition during 2010 and is now being offered complete with fresh MOT certificate. A unique opportunity for De Tomaso enthusiasts everywhere.
Share: