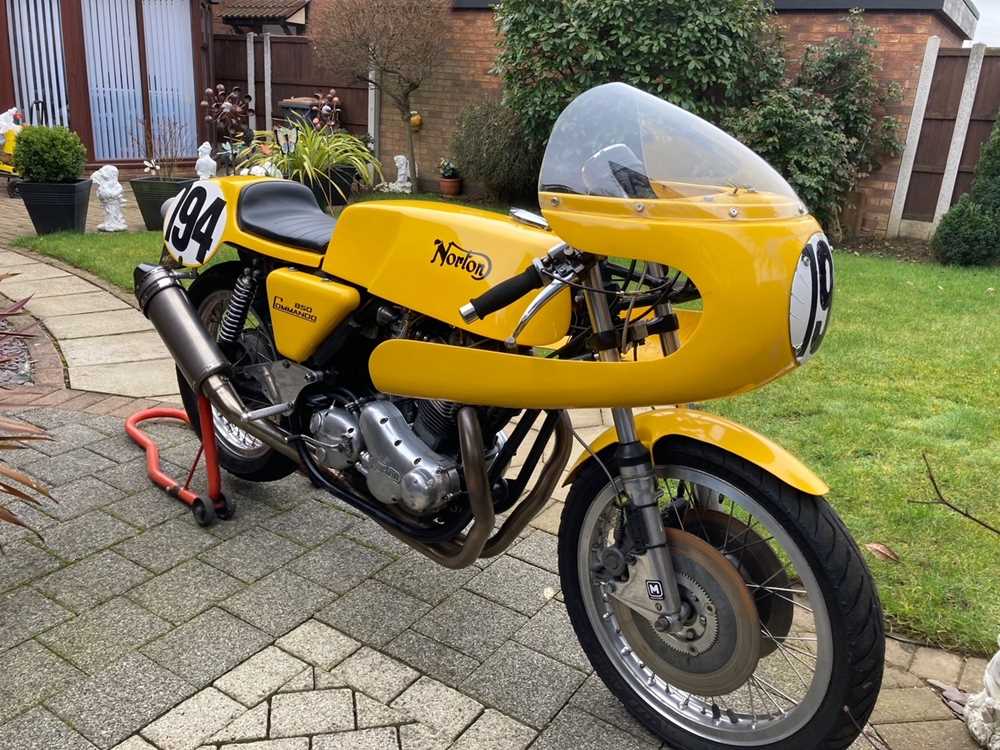 Norton was founded by James Lansdowne Norton in Birmingham in 1898 and began building motorcycles with French and Swiss engines in 1902. In 1907 a Norton with a Peugeot engine won the first Isle of Man TT race starting a long tradition of sporting excellence. The Commando model launched in 1967 as a 750cc carried on this theme culminating in Peter Williams victory in the 1973 Formula 750 TT.

This Norval replica racer looks to have been assembled out of new parts in 1975 and has never been registered although it comes with a dating letter from the Norton Owners Club if the buyer wants to put it on the road. The engine is stamped '850-9-4-75 LZ' which would appear to be the date when it was put together. Raced throughout its life, including at one point by future GP rider Ray Swann and supplied with a V.M.C.C racing certificate, it is now fitted with a 270/90 degree crank with most of the engine work being carried out by Pete Lovell Developments. A run on a Dyno at SPR Racing produced 68bhp at the back wheel and they suggested it would have topped 70bhp if fitted with a new chain. It comes fitted with a stainless steel JAC race exhaust specially made for the bike and also includes a set of chrome upswept exhausts for a more classic look. The engine modifications include a Norvil belt drive conversion and an Interspan ignition system, chassis mods include Maxton tuned front suspension, Hagon rear shocks and a Norvil double disc front brake.