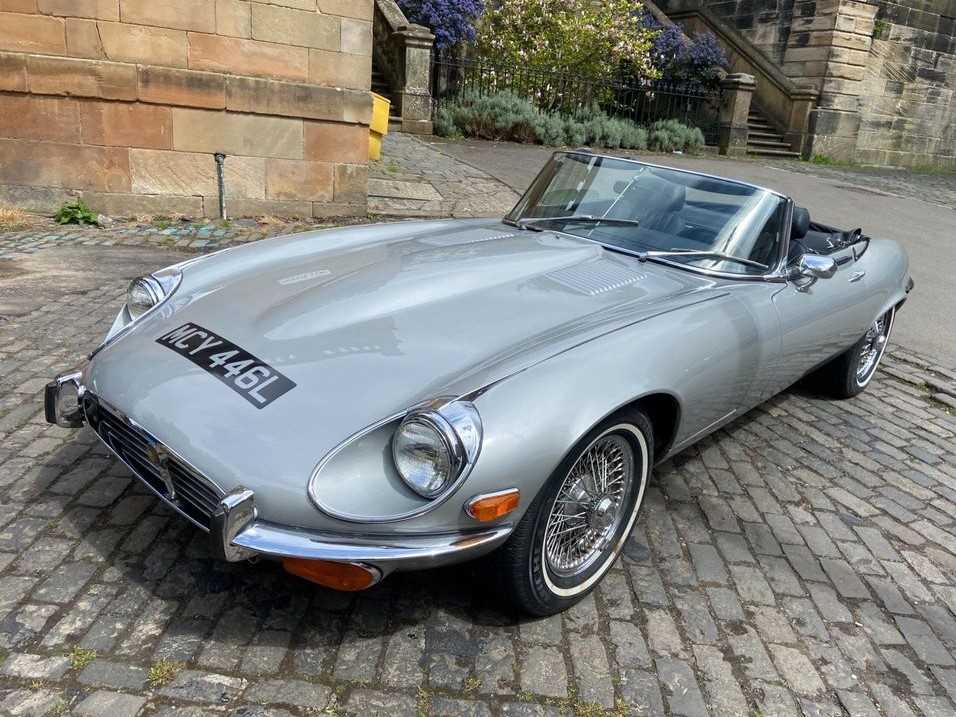 Finished in Metallic Silver with Black leather upholstery, this handsome left-hand drive V12 Roadster is understood to have had just two owners from new. The first residing Stateside and the second here in the UK. Reportedly ‘a matching numbers example which is completely unmolested and retains the factory shut lines’, the vendor is also confident that the 66,000 miles shown to its odometer represents the total covered from new. Riding on chrome wire wheels shod with whitewall tyres, the two-seater features the preferred four-speed manual gearbox. Offered for sale with V5C Registration Document and sundry paperwork, ‘MCY 446L’ is summed-up by the seller as ‘a beautiful low owner, low mileage machine’.