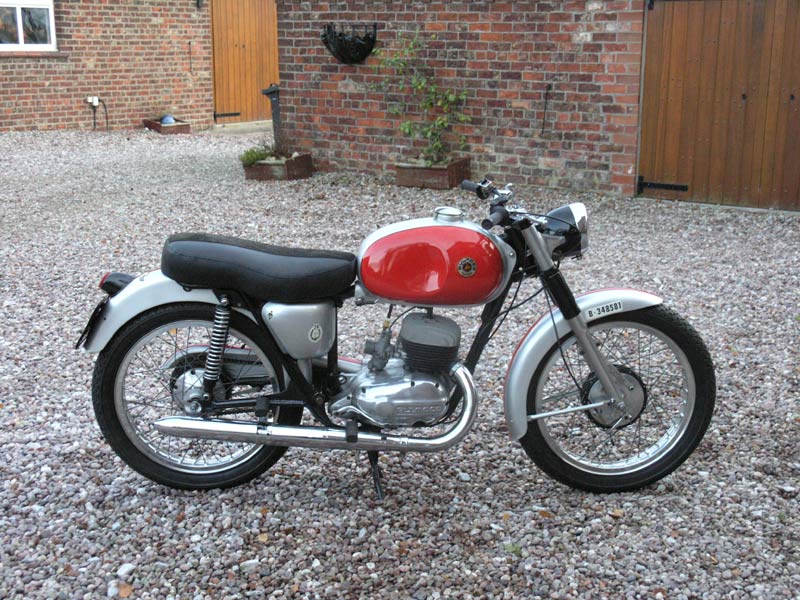 When Cemoto introduced their new motorcycle to the Spanish public it created something of a sensation for a number of reasons. The Bultaco Tralla 101 Gran Turismo was not only the most powerful 125cc class machine then available in the Spanish market, developing a claimed 12.2hp at 6,900 rpm, it was also comfortably the most expensive 125 machine on the Spanish market.
The new model had been developed in a comparatively short time following F.X. Bulto leaving Montesa. He was joined by a number of former Montesa employees and established Cemoto on the 17th May 1958. The first prototype of the new machine commenced testing on the 3rd October 1958 with the first production model being presented to the press on the 21st March 1959. Conceived from the outset as the basis for a range of machines the Tralla 101 employed a long-stroke (51.5 x60mm), single cylinder two stroke engine housed in a loop frame equipped with pivoted fork suspension at the rear and telescopic front forks. Despite being the most expensive machine in its class 1,136 examples were built in the first year of production quickly establishing itself as a desirable mount and laying the foundations for the expansion of the firm.
This example, dating from the second year of production has been restored to a high standard throughout and is attractively presented in the characteristic silver, red and black livery. A later carburettor has been fitted.
Share: