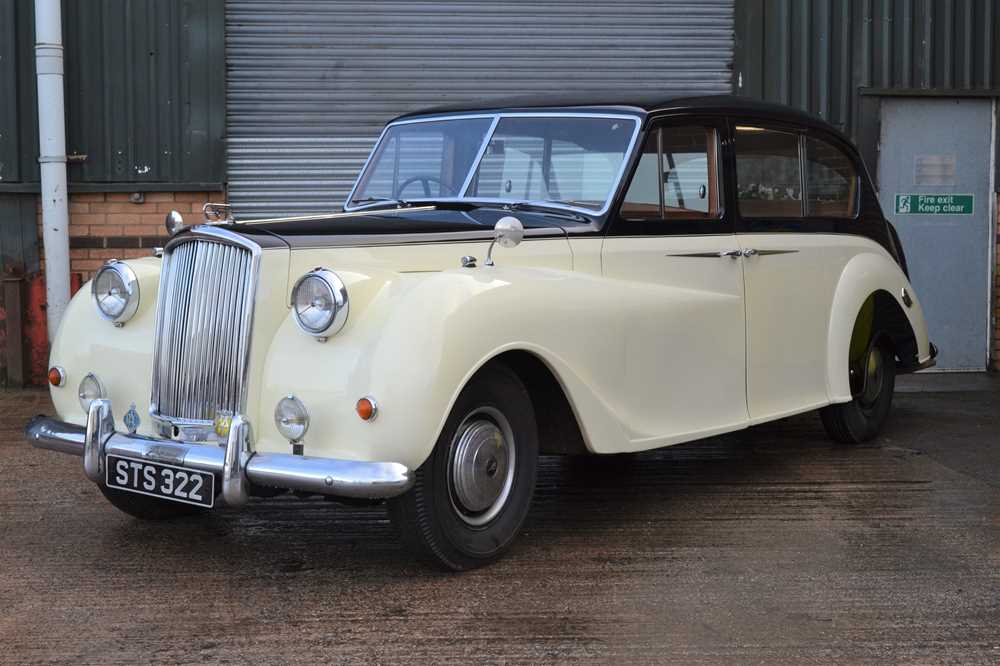 The Vanden Plas designed and built Austin A135 Long Wheelbase 7/8-seater Limousine DM4 was launched at the October 1952 Earls Court Motor Show. Built on a lengthened Austin A135 chassis, the body was built of steel and light alloy panels over a timber frame. It had an 11ft. wheelbase, 17ft 11inches in length and 5ft 10inches in height. Powered by Austin's 'D' series in-line 6-cylinder, 3993cc engine with a 4-speed manual transmission and triple SU carburettors. However, these were soon replaced by a single Stromberg DVA42 carburettor.

Supplied new to the Corporation of Dundee and first registered as ‘TS 1’ on 12th February 1960, this imposing Austin spent the next decade ferrying the city’s Lord Provost and other dignitaries around. Reputedly responsible for transporting The Beatles to their Caird Hall gig in 1964, the limousine had covered some 50,000 miles by the time Bill Milne of Forfar acquired it some six years later. Re-registered as ‘STS 322’ and pressed into service as a hackney carriage, the Princess was taken off the road during the 1980s.

Treated to a light restoration before relocating to Fife and the ownership of Dave Young in 2003, he added the Princess to his wedding car fleet and changed its colour scheme from the original Black to two-tone Silver. Forming part of several wedding car businesses since then, the 7/8-seater currently shows a credible but unwarranted 76,754 miles to its odometer. The rear compartment has been re-trimmed but the front seat upholstery is understood to be original.