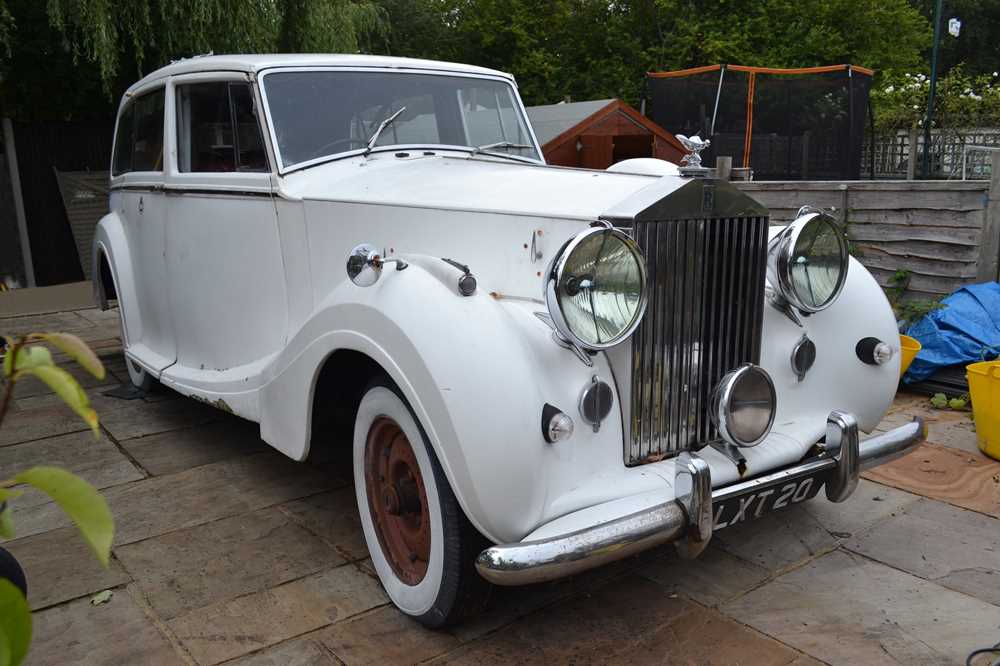 According to its accompanying chassis cards, this Mulliner-bodied 7/8 seater Enclosed Limousine (chassis WME 3) was originally finished in Black/Beige with Tan leather upholstery. It was supplied new to Godfrey Davis Ltd of 7 Eccleston Street, London SW1, being delivered on 4th April 1951 and registered under the mark ‘LXT 20’. One of only 19 examples thought to have been built to this design, it is unusual in having a near-side mounted spare wheel carrier. Other special features fitted were a roof-mounted detachable luggage rack, export type bumpers, radio with separate speaker, white-sided tyres and an 18” steering wheel. Today the car presents in White with Red interior whilst still riding on whitewall tyres.

Resident in America since approximately the 1990s, the car was reimported to the UK by the vendor in 2014. Since returning to these shores, it has benefited from a gearbox overhaul (2015/16), a brake overhaul and an engine inspection all carried out by AB Classics of Peterborough which included replacement of the fuel pump with a Jaguar unit. Following this mechanical recommissioning it is now offered for sale as a part-completed restoration project and is accompanied by a copy handbook. Starting readily and running well during our recent photography session, the lights are also operational.