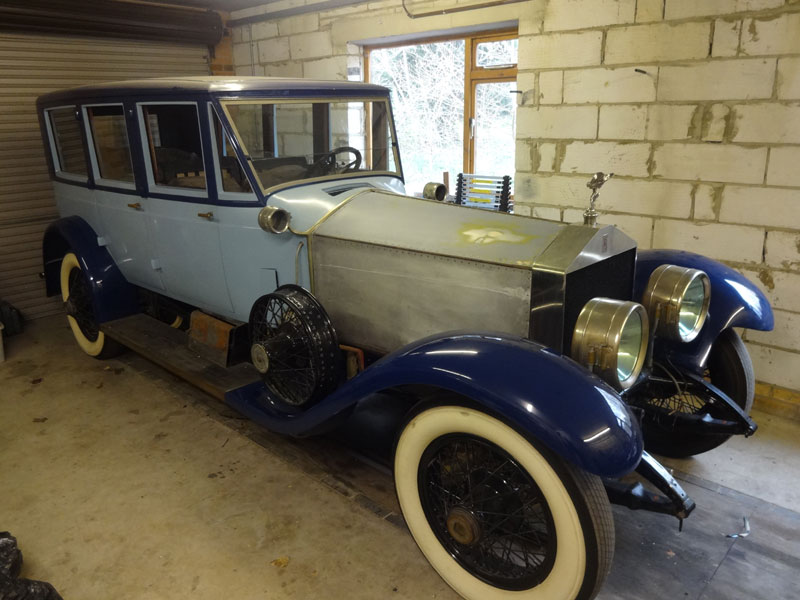 - Family owned for over 35 years

Rolls-Royce of America Inc was established to bypass the swingeing import duty that had hitherto restricted its parent company's transatlantic sales. Operating from factory premises in Springfield, Massachusetts, the new concern initially built carbon copies of the famous 40/50hp model. However, as time progressed so its product became more attuned to the US market. The beautifully wrought ladder frame chassis and enviably smooth 7428cc straight-six engine were little altered but later cars featured a three-speed, centre gearchange manual transmission and left-hand drive (interestingly just 600 or so of the 1,703 Springfield Silver Ghosts completed were to LHD specification). Designed to woo existing Packard, Cadillac and Pierce Arrow customers who had little truck with the idea of a chassis only purchase, a catalogued range of Rolls-Royce Custom Coachwork was soon made available. The various designs were given British names and subcontracted to the likes of Amesbury, Biddle & Smart, Holbrook, Locke, Merrimac, New Haven, Smith-Springfield and Willoughby. Visually distinguished by its rakish windscreen, just twenty-five examples of the undeniably handsome six-light Berwick Sedan are thought to have been made. Rumoured to have previously belonged to an American peanut farmer, chassis S298PK was purchased by the vendor from Steve Lovatt of renowned marque specialist Ristes Motors during the late 1980s. Treated to a meticulous `body off, chassis up' restoration thereafter, much of the work was carried out by the vendor's son (an ex-Ristes' employee). Albeit, his former mentor was called upon to fully overhaul the engine (number 21984). Unfortunately, the refurbishment has yet to be completed and while considerable attention has self-evidently been paid to the body frame, paintwork, dashboard, wood veneer door cappings and running gear etc, the seat frames need re-upholstering and sundry other jobs completing. Recently returned to running order by Ristes, this rare left-hand drive Springfield Ghost cries out to be finished.
Share: