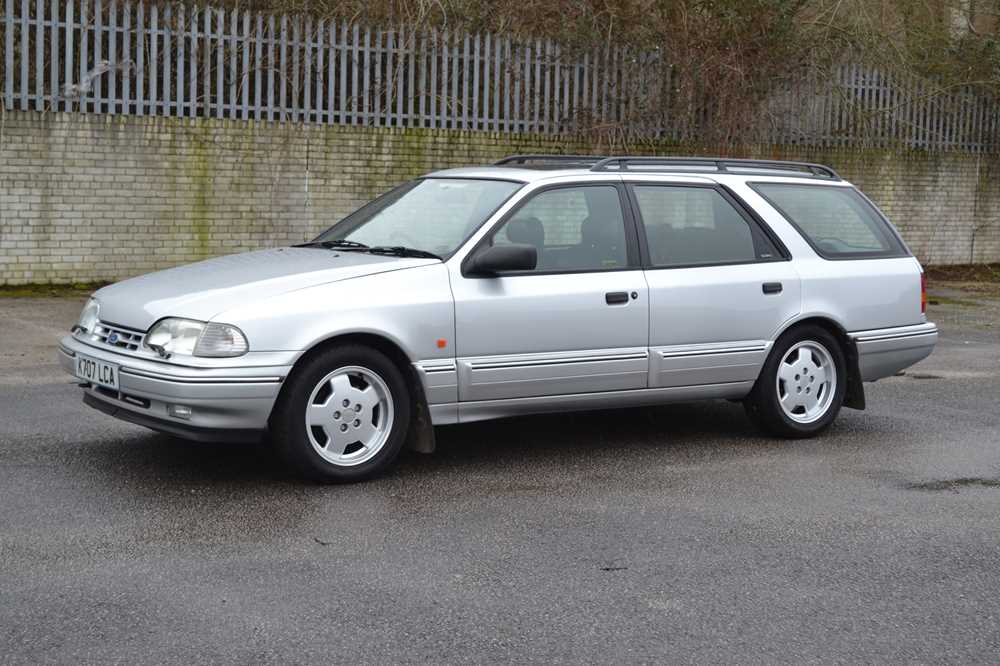 In April 1985, the third generation of the Ford Granada arrived, which was essentially a re-badged Ford Scorpio, however the Granada named line was to continue solely for the United Kingdom and Ireland, with the Scorpio brand covering Continental Europe. The Scorpio badging was instead used as a trim designation for the top of the range models across the UK. Unlike the previous Granada incarnations, it was initially only available as a hatchback, and not as a saloon or estate. This proved to be a mistake for Ford, which later introduced a saloon version in December 1989.

The model was given a facelift in March 1992, which encompassed a changed grille, headlights, rear lights, bonnet and dashboard. At the same time as the facelift introduction, an estate model (first shown in London at the October 1991 British Motor Show) was added to the range and was only in production for approximately two years until the successor was launched, being the first generation to use the Scorpio brand name in the United Kingdom.

This example was manufactured in 1992 and was UK registered in October 1992. Finished in silver with black leather interior trim, the Ford is fitted with the 2.9-litre EFI Cologne V6 engine with a four-speed automatic gearbox. Well specified from new, the ‘K707 LCA’ features electric sunroof, mirrors, windows and seats (which are heated), as well as trip-computer, cruise control and radio and CD player (although the CD function is not operating). Also fitted with Air Conditioning, the A/C pump was replaced in 2018.

Entering current ownership in 2013, the Ford has only three former keepers and has covered only 27,870 miles from new (atoc). ‘K707 LCA’ is accompanied by a large collection of MOT’s with no less than 22 MOT certificates present and warranting the low mileage. It is further supplied with original sales brochure and book pack comprising Owners Handbook; Audio Book and Service Book containing 11 entries with further handwritten documentation of two further services.

The Granada Scorpio has also been the beneficiary of another major service completed in the past two months and has received new rear brake pads and front track control bush kit in 2021. The Ford is accompanied by five keys and a current V5C.

A very rare Ford variant which, with low mileage and owners, would be a great addition to any collection.