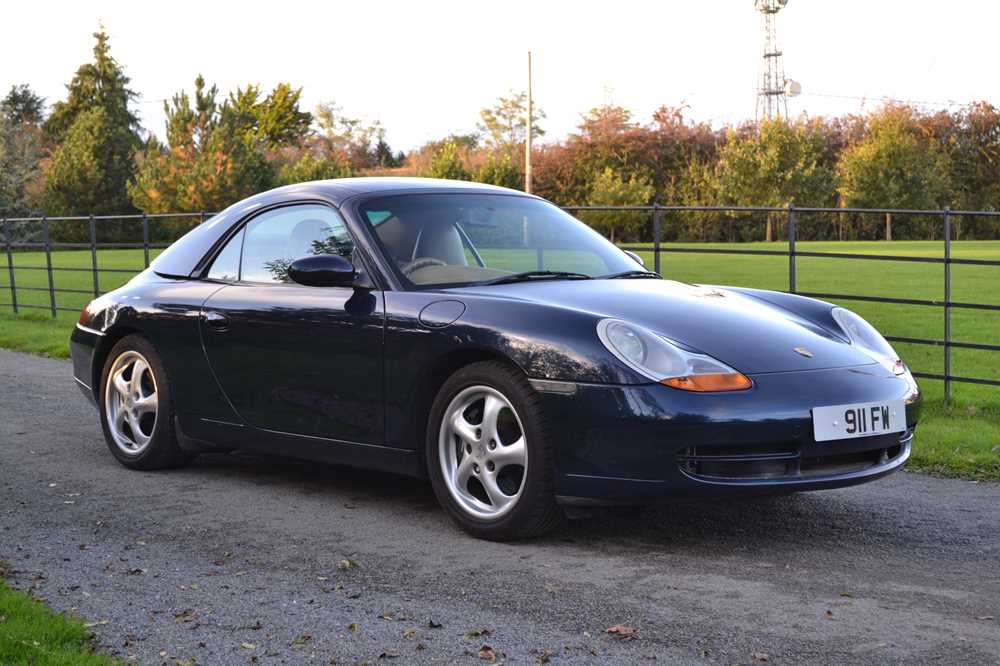 Asked to nominate his favourite generation of Porsche 911 during its 50th Anniversary celebrations in 2013, racing driver and journalist Tiff Needell chose the 996 commenting: "This was the model that brought the 911 into the modern world. We finally got rid of the VW pedals and had a chassis that handled in a much more progressive and controllable manner. Not a convert before completely converted after!" Traditionalists may have decried the 996's water-cooled engine and shared Boxster componentry, however, the newcomer's use of a brand-new platform (the 911's first since 1963) meant that it was notably lighter, stiffer and more aerodynamic than its 993 predecessor. Equipped with four-valve cylinder heads, the 996's 3.4-litre engine developed 296bhp and 258lbft (outputs comparable to those of the 993 Carrera RS's 3.8-litre unit). Allied to either six-speed manual or five-speed Tiptronic transmission, the free-revving flat-six enabled the 2+2-seater to sprint to 60mph in 5 seconds and onto 174mph. More ergonomically laid-out and spacious than that of any previous 911, the 996's cabin also boasted a far better HVAC system. Early 3.4 litre 996 cars are increasingly sought after because of their stronger dual row IMS bearings and mechanical throttles.

This 911 Carrera Cabriolet was manufactured in 1998 and the first UK registered on the 12th of May that year. Finished in Ocean Blue paintwork with pleated leather interior trim, the Porsche has covered 100,100 miles across eight former keepers. Fitted with several extras from the factory including cruise control, telephone and electric memory seats, the 911 is additionally provided with a hardtop. Now on the registration number P60 GAW and provided with a UK V5C stating as such, the 911 is offered with an MOT until June 2021 with no advisories.

Subject to hood clamshell rectification in 2020 cost over £800, the Porsche has additionally had four new suspension arms, a new exhaust back box and an oil and filter service in 2020. Benefitting from a water pump and bottom hose in 2018, the Tiptronic S is accompanied by the original tool kit and warning triangle. Extensive works were completed in 2015 costing well more than £4,200 on the cooling system, front brakes, air conditioning, and power steering. Boasting a good history file which includes the drivers manual, PCM book, service information booklet, numerous MOTs dating back to 2002, and an extensive collection of previous invoices, the Porsche is further offered with the stamped service book showing many Porsche and Porsche specialist stamps.

PLEASE NOTE: The registration number 911 FW is not included in the sale.