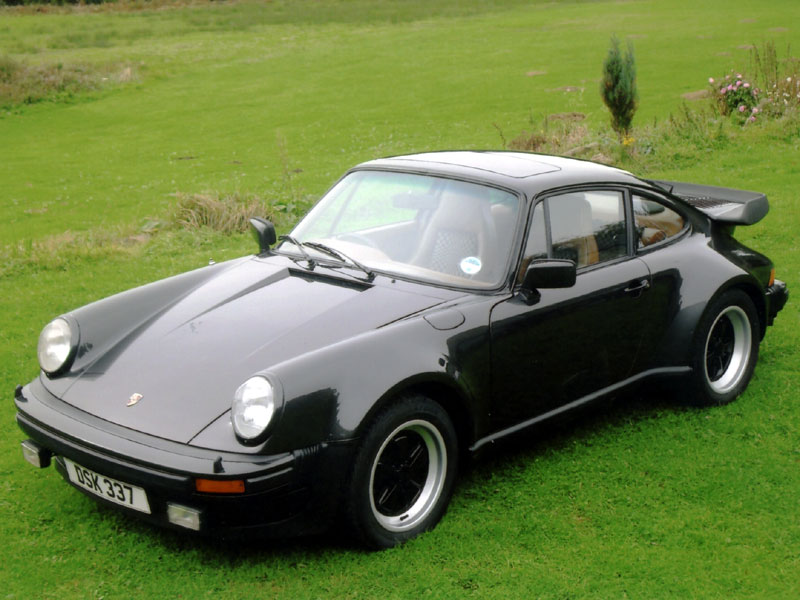 In the early '70s, Porsche had designs on racing a turbocharged version of the 911, in support of which they planned a homologation special along the lines of the Carrera 2.7RS. A subsequent change in the rules negated the need for a precise number of street legal vehicles, but the company continued with the project anyway - the Porsche 911 Turbo (930) was born. The 930 was introduced at the Paris Motor Show of 1974 and produced from 1975 to 1989, during which time it was the fastest production car available on the German market. It was based around the Carrera 3.0RS, the engine from which was modified courtesy of turbo technology originally developed for the 917/30 CAN-AM cars. Initially, power output was 260bhp, but from 1978 it was increased to 300bhp by raising the engine capacity to 3.3-litres. To accommodate the extra performance over the 3.0RS, the 930 sported revised suspension, larger brakes and a robust, four-speed gearbox. In order to help deliver the power to the road, a 'whale tail' rear spoiler was fitted and a wider rear wheel/tyre package was squeezed under specially flared arches.

'DSK 337' left the Stuttgart factory in 1979, and is a right-hand drive 3.3-litre 911 Turbo with Black bodywork and contrasting Tan interior. It was purchased by the vendor's company in 2006 following a decade of dry storage, soon after which it was treated to an extensive mechanical restoration by Gantspeed. A year later the body was given the same treatment, this time by Lant Lane Ltd, at which point the Porsche was re-registered in the vendor's name and given its current number plate. This handsome Porsche has covered just 1,000 miles since 2006 and comes complete with photographic file and bills for approximately £40,000. It is MOT'd until the end of March 2012.

PLEASE NOTE: The vendor has informed us of the following:

My enquiries into the authenticity of the car's mileage have all indicated that it is correct."
Share: