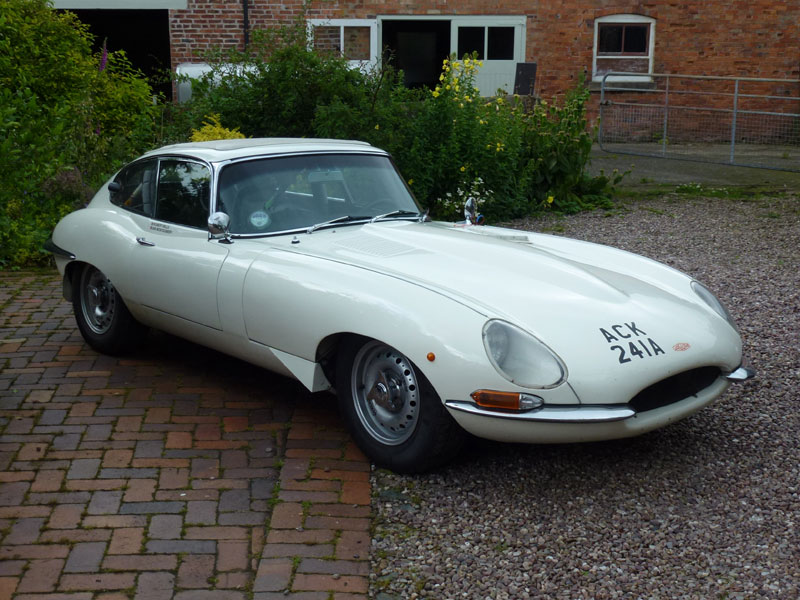 The E-Type or XK-E as it was known in the USA, made its debut at the Geneva Salon of 1961. At launch the new Jaguar was the fastest production car of its time - its 3.8-litre straight-six engine allowing a 0-60mph acceleration time of a whisker over seven seconds and a top speed of circa 150mph. With such off-the-shelf, race-bred performance and Jaguar's enviable competition history it was only a matter of weeks before the newcomer hit the tracks. The venue was Oulton Park and the drivers were Graham Hill and Roy Salvadori. The result was victory first time out, with Hill winning in the Equipe Endeavour car ('ECD 400') and Salvadori in the Coombs example ('BUY 1') coming home third behind the Aston Martin DB4 GT of Innes Ireland. A few weeks later the E-Types of Salvadori and Jack Sears outstripped the Ferrari 250 GTs of Whitehead and Parkes at Crystal Palace. The dye was cast and after gaining useful experience through the 1961 and 1962 seasons, the factory decided to get more serious for 1963 and build a run of 12 lightweight competition E-Types - the majority of which were Roadsters with hard tops. Piloted by a mix of amateurs and such aces as Graham Hill, Roy Salvadori, Jackie Stewart and Briggs Cunningham, the cars achieved numerous national victories but, unlike the illustrious C-Types and D-Types, were denied the development required to beat the all-conquering Ferraris in international events.

Finished in White with Grey upholstery, this particular left-hand drive example began life as a road car before a more recent conversion to street legal race specification. Reportedly restored in Italy approximately seven years ago and entrusted to Jaguar race preparation specialist CKL Developments for an engine overhaul during 2006, the Coupe is deemed by the vendor to possess: "sound, all steel bodywork", "good paintwork (but with some stone chips)", "shabby interior trim", "very good 3.8-litre engine" and "excellent four-speed manual gearbox". Boasting a current FIA Historic Technical Passport (HTP), original FIA and FIVA papers plus an MOT valid until May 2013, the Jaguar has raced in the Pre-'63 GT Series and the GT & Sportscar Cup, but would also be suitable for the HSCC's E-Type Challenge and various road tour events, having previously competed in the Tour Auto.