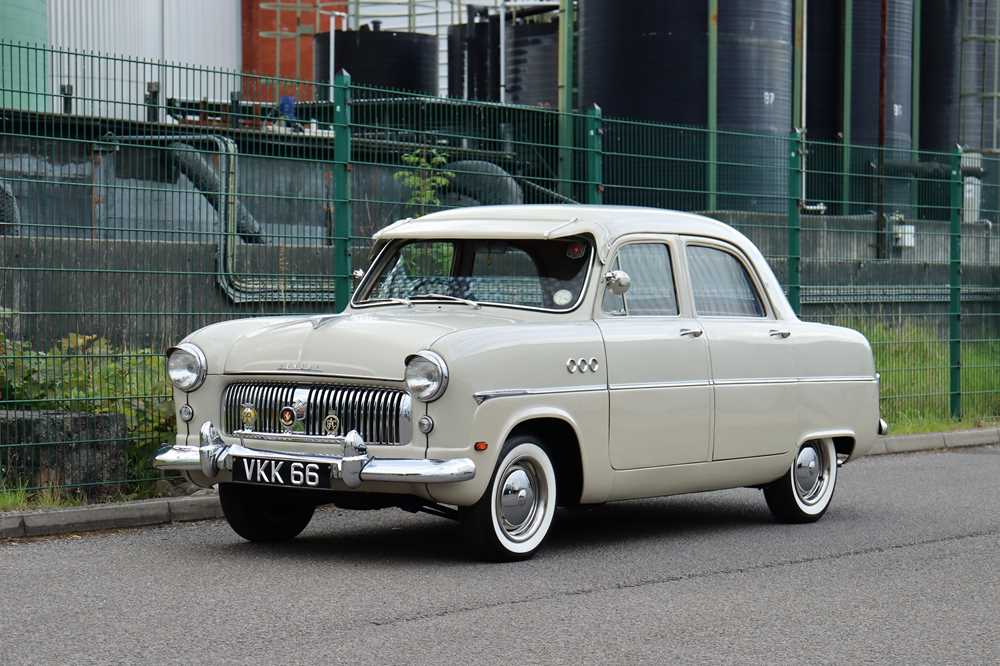 Introduced at the 1950 Earls Court Motor Show, Ford’s Consul and Zephyr were notable for their use of a monocoque bodyshell, MacPherson Strut independent front suspension and hydraulic drum brakes. Able to seat up to six thanks to the provision of a front bench seat and column gearchange, the Dagenham duo were powered by a new generation of ‘oversquare’ engines. Allied to three-speed manual transmission, the Consul’s 1508cc OHV inline four endowed it with a top speed of 72mph. The vast majority of the 227,732 examples made between 1951 and 1956 were four-door saloons. However, would-be purchasers could also opt for Convertible or Estate variants built by Carbodies and Abbot respectively.

Hailing from the days before manufacturers worried about rust traps or proper anti-corrosion treatments, ‘tin worm’ has made surviving Consul MK1s a seriously rare sight on UK roads. We are open to being proved wrong, but we doubt if any of those left have led as charmed a life or survived as well as ‘VKK 66’. Supplied new to Mrs Betty Goodwin, she used the Ford sparingly prior to giving up driving on 24th September 1997 at 42,968 miles. Bequeathed to the local garage mechanic who maintained it, the four-door saloon has changed hands just twice more. The vendor is happy to warrant the 54,000 miles recorded on the odometer as representing the total covered from new because of (a) Mrs Goodwin’s accompanying handwritten maintenance log kept from 1961-1997, (b) old MOT certificates on file dating back to 1985 and (c) the car’s remarkable state of preservation. Treated to a new clutch, exhaust, ignition system and carpets over the last seven years, the Ford has also benefited from a brake system overhaul, refurbished steering box, sundry new suspension components and fresh front / rear windscreen rubbers. Worthy of close inspection, ‘VKK 66’ would grace any museum or marque collection. Offered for sale with V5C Registration Document and history file.