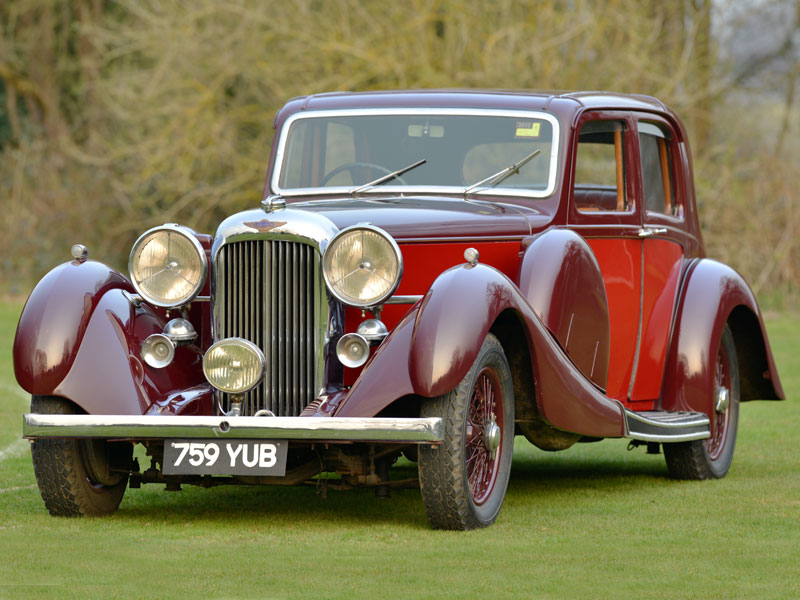 Overseen by the combined talents of W.O. Bentley and Frank Feeley, the LG45 was a notable blend of luxury and performance and well received by its public. Model revisions were known as 'Sanctions'. The Sanction Two cars of 1936 brought twin Scintilla Vertex magnetos, while the Sanction Three ones of 1936/1937 featured: an improved cross-flow inlet manifold that was cast integrally with the cylinder head and to which the carburettors were now bolted directly; a lightened flywheel that allowed engine speeds of up to 4,000rpm; and a rear stabiliser bar to improve handling and roadholding. The LG45 was offered in Tourer, Drophead Coupe and Pillarless Saloon guises, or as a bare chassis for those favouring bespoke coachwork. Total production of the model is understood to have been around 278, some 150 of which are thought to survive today.

The lovely LG45 on offer is a Sanction Three Pillarless Saloon. It retains its original 4.5-litre Meadows engine, which was overhauled in 1979 by the previous owner, who evidently retained the car for some 25 years or so. '759 YUB' is finished in a lustrous combination of Maroon and Red that, though applied a while ago, still presents very well. We understand the body timbers are 'in fine order' and the door shuts 'excellent'. The front seats fold forwards, allowing easy access to the rear. The Lagonda rides on colour-keyed wire wheels, a pair of spares for which are located under aluminium covers mounted on the front wings. In recent times the Lagonda was treated to a major internal refurbishment that involved a complete retrim in Burgundy leather and the installation of matching carpets. The vendor informs us that the vehicle 'performs superbly, being considerably quicker than the equivalent Derby Bentley - the Meadows engine starts easily and operates effortlessly'. A splendid-looking example of a rare breed.
Share: